The 2019 Lok Shaba Election conducted in seven phases from Aprill 11th to May 19th throughout the country. The vote counting began early on May 23rd and the results are expected to be out by evening. BJP is leading in more than 338 constituencies with Congress leading in 98 constituencies and other parties holding on 112 constituencies. As of now, Narendra Modi's Bharatiya Janatha Party is leading the Lok Shaba election and are set to form the government this time as well.

The Tamil Nadu Byelection which went into polls along with the Lok Sabha elections is another big topic in the country and it has been a seesaw game between the state's two substantial parties AIADMK and DMK. Out of the 22 assembly segments, AIADMK needs to win just 4 seats to stay in power and the opposition party DMK needs to win 21 of the 22 seats to storm to power. Currently, AIADMK is leading in 8-11 seats out of the 22 constituencies.

As the country awaits the results of the election, film celebrities have been registering their thoughts about the parties and results on social media and here are some of them that got the eye, 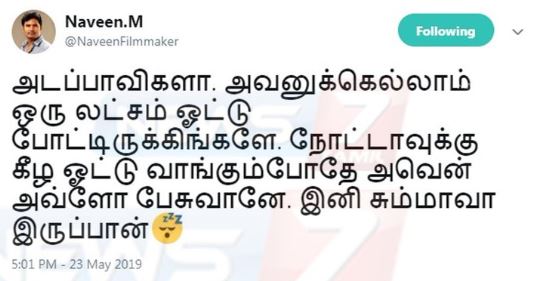 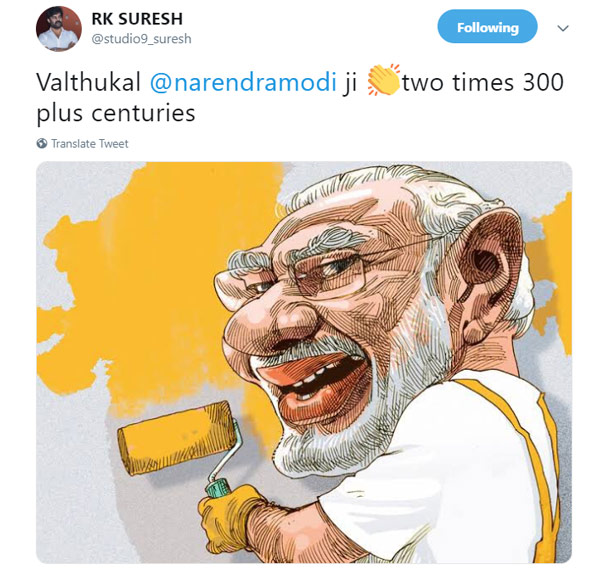 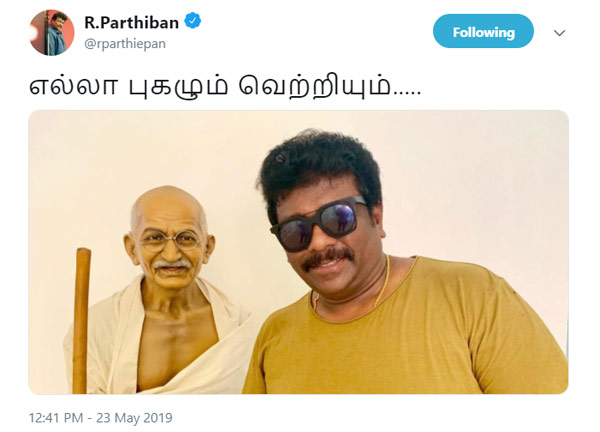 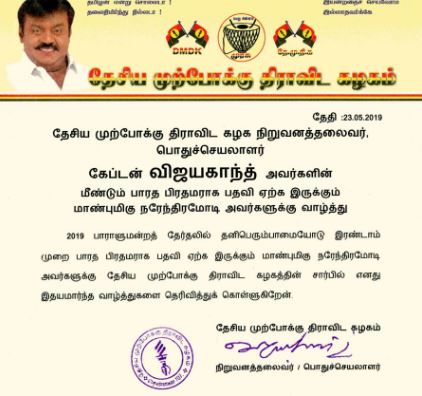 "And the BLAST begins" - Vijay fans get yet another grand Thalapathy 67 announcement! Check out!

"Our gang has a new member" - massive Thalapathy 67 announcement for Vijay fans is here!