"Bigil will always be remembered for the vandalism displayed...": Bigg Boss 3 star lashes out 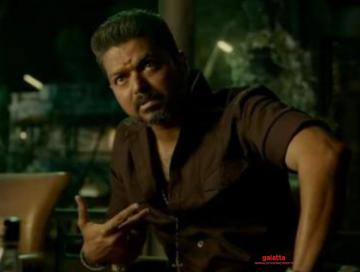 Actress Kasthuri Shankar has been a prominent name in Tamil cinema ever since she landed starring roles in the early 1990s, but has also been one of the most outspoken film personalities to debate various social issues. She also went on to become a trending name when she was announced as a wildcard contestant on the third edition of the recently concluded hit Tamil reality show Bigg Boss. Having said that, Kasthuri, who has often used her Twitter page as a platform to put across her opinions on various issues, has this time expressed her disappointment and dismay towards a certain section of Vijay fans for their acts of vandalism of a cinema theatre in Krishnagiri after the superstar’s latest film, Bigil, saw a slight delay in its early morning special show's release. 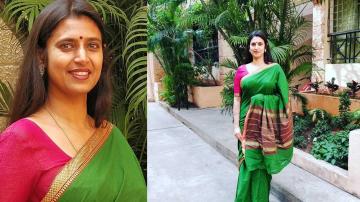 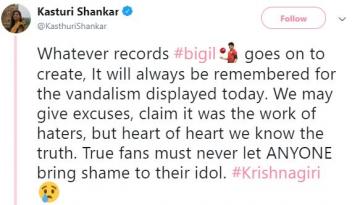 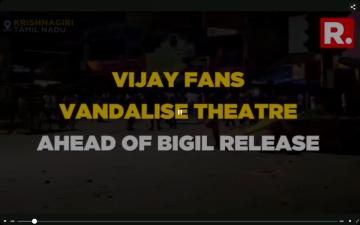 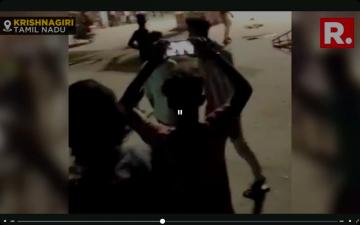 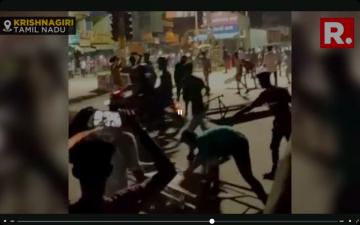 Kasthuri further questioned the onlookers for standing quiet and not making an effort to stop the menace that had spiraled out of control in Krishnagiri. She also stated that the individuals who were seen in the riot were all young men and not a single woman, child or elderly person was nowhere to be seen. Kasthuri then queried the youths irrespective of them being Vijay’s fans or his haters as to whether their intention to damage public property because a cinema screening got canceled is justifiable while also inquiring if they indeed are going to bring a change in the society. Check out her tweets: 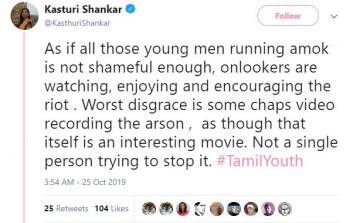 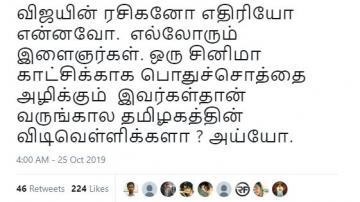