Actress Vijayalakshmi became a household name after her participation in the second edition of the hit Tamil reality TV show, Bigg Boss,and is at present attached to a project being directed by Chimbu Deven under Venkat Prabhu’s Black Ticket Company production banner.

It must be noted that Vijayalakshmi has delivered consistent performances in hit ventures such as the Chennai 600028 films, Anjathe, Kattradhu Kalavu, Aadama Jaichomada to name a few. 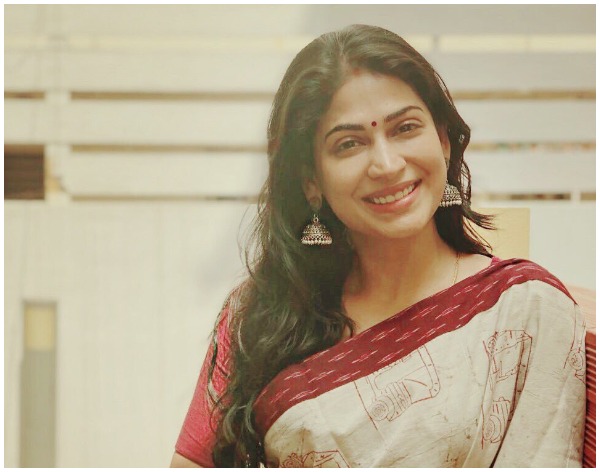 Vijayalakshmi, who shares a good rapport with her fans online, had yesterday interacted with a few on her Twitter page post the first Indian Premier League qualifier match between the Chennai Super Kings and the Mumbai Indians.

The actress was left in shock when a Twitter user, who is a fan of Tamil superstars Vijay and Suriya, had tweeted saying the CSK would lose after reaching the finals of the championship even if they went on to win the second qualifier. She further added saying the individual might be a fan of the Mumbai Indians and can talk as loudly as he wants, but will eventually become quiet once the Chennai Super Kings enters the IPL finals. 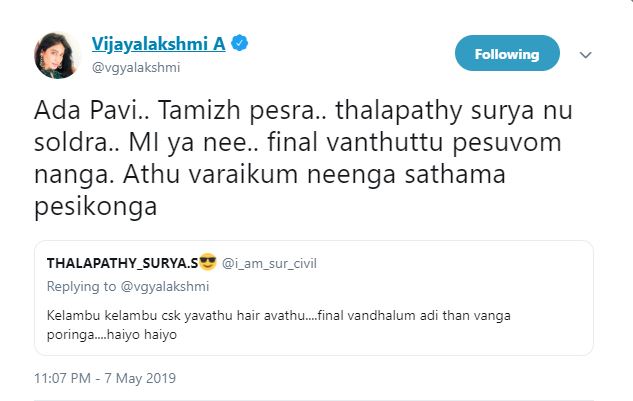 With the response to Vijayalakshmi’s tweet being varied among fans, the actress posted yet another tweet and this time stating she isn’t really paying attention to anything much other than CSK captain M. S. Dhoni leading the charge. 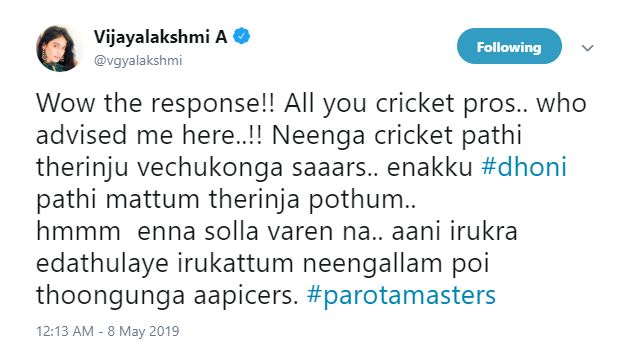