SHOCKING: Controversial Bigg Boss 3 contestant gets beaten up by the public

One of the most-watched television shows in India, Bigg Boss, has had its Tamil version being aired for three years in a row with actor turned politician Kamal Haasan serving as the host. With the show gaining a huge following in Tamil Nadu as well, the third season is already underway and has crossed two months with the TRP ratings getting higher with each passing day. Likewise, the Kannada version of Bigg Boss, which has aired for 6 seasons till date, has a massive fan following as well with many of the contestants going on to become houshold names. Meanwhile, Huccha Venkat, a contestant on the third season of Bigg Boss Kannada, was recently eliminated from the show after he assaulted his fellow housemate Ravi Mooruru. Huccha Venkat, who had also made his entry in Bigg Boss as a guest in another season was shown the exit door after he beat up another housemate Pratham. Now, Huccha Venkat is in the news all over again as he was seen throwing stones and rocks on a car that was parked at Madikeri in Karnataka. 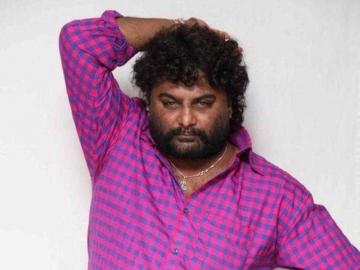 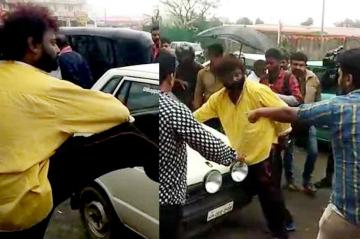 In the footage that has since gone viral, we see Huccha Venkat destroying the car claiming the car owner, Dileep, was glaring at him after which the public had tried made several attempts to pacify the Kannada Bigg Boss 3 star. Initially, the crowd gathered were under the impression that a film shooting was going on and were looking on quietly, but eventually realized it wasn’t the case. Huccha Venkat had hurled abuses at the crowd as well after which they lost their cool and proceeded to thrash him while also informing the police, who rushed to the spot to arrest him. The former Kannada Bigg Boss star has been known to be a controversial figure and had claimed that he was the husband of Pollathavan actress and Karnataka politician Divya Spandana who later proceeded to take legal action. Huccha had also made a suicide attempt after he consumed phenyl when his fellow Bigg Boss contestant Rachana refused his proposal for marriage. 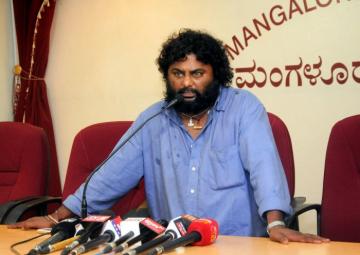 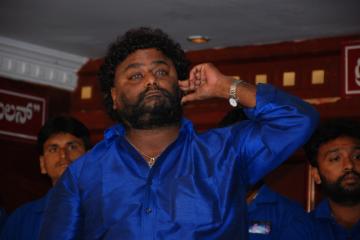 Check out Huccha Venkat vandalizing the car in the video below:

The much-awaited official video of Dhanush's CAPTAIN MILLER pooja ceremony is out - watch it here!

A. R. Rahman reveals he has stopped watching Netflix and Prime after watching Ponniyin Selvan - VIDEO!