Popular Bollywood actress Mandana Karimi, best known among fans for being the runner up of Bigg Boss Hindi season 9, announced on Friday on social media that she recently underwent surgery and extended her gratitude to her friends and fans for their wishes. Sharing a photo of herself after being admitted to the hospital, the Indo-Iranian actress posted a note in her Instagram Stories and informed that she had experienced a lot of pain for three continuous days in order to get her appendix removed. She wrote, "Thank you all for your calls, messages, and lovely thoughts. It means a lot to receive all this love. I'm back in Mumbai and undergoing appendix surgery after dealing with 3 days of excruciating pain. Hoping to come out of this super-quick and recover really soon. My Love to all. MK." Mandana also said, "Finally, I have enough energy and no pain to use my phone." Check out Mandana's Insta Stories below: 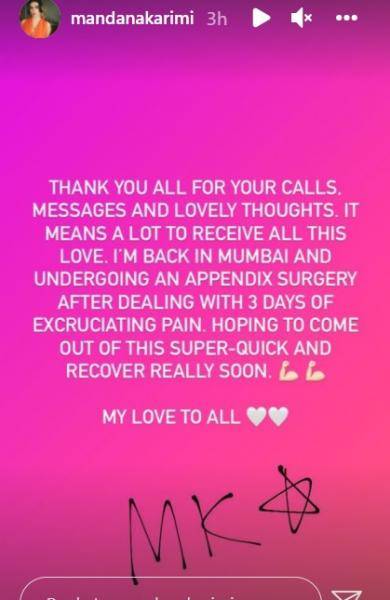 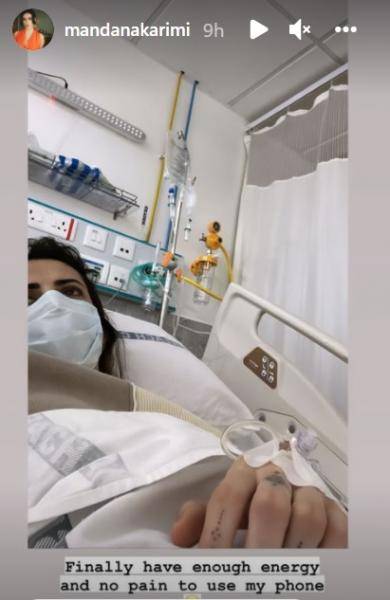 Over the years, Mandana Karimi has been outspoken regarding posting bold photos on social media and has on a number of occasions advised everyone to embody their physical features. The actress, who has featured in starring roles in films like Roy, Bhaag Johnny, Main Aur Charles to name a notable few, had received vulgar comments for a photoshoot in which she was seen in a towel. Speaking  to ETimes TV, Mandana said, ​"There are a lot of people, who are judging me because I'm Iranian, I'm Muslim. They judge me because of my profession, and you can't really do anything about it. I've understood in life that you can't let people give you names and put tags on you."