TV series actress Tasnuva Tisha gets engaged, to tie the knot with Syed Asker on February 2

Bangladeshi actress and model Tasnuva Tisha got engaged to her partner Syed Asker in an intimate engagement ceremony at her residence in Banasree in the presence of both their families on Saturday. The couple will be tying the knot on February 2 and will register their marriage with blessings from their family members and well-wishers. Asker, the owner of an event management firm, and Tasnuva, are planning to hold a wedding ceremony and invite family and close friends. Speaking to The Daily Star, the actress said, "We got engaged yesterday amidst the presence of our closed ones at my house. We will officially register as a couple on February 2, 2022." 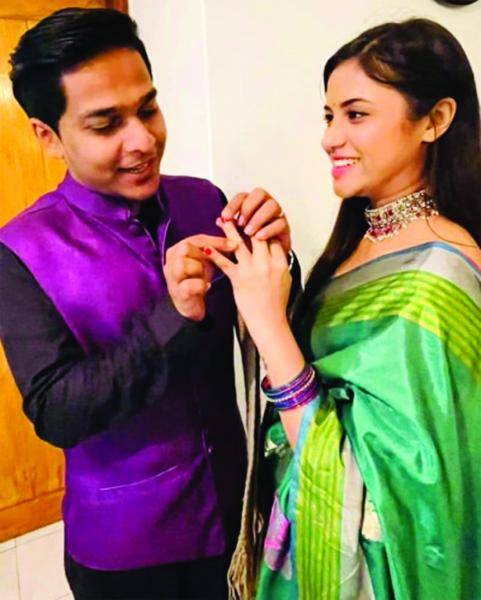 Reports say Tasnuva and Asker have known each other since 2020 and got acquainted as friends first before their relationship blossomed into love after which they arrived at the decision to get married. The popular actress said, "I was anxious about Asker’s family’s reaction at first regarding the marriage but they were very positive about everything." Tasnuva has a son and a daughter from her marriage to Farzanul Haque in 2014, which ended after they were together for four years.

On the work front, Tasnuva is currently working on Raihan Khan's Hoichoi web series Dour, which is expected to wrap filming in February. She has also been filming a project at Rajbari and is best known among fans for her roles in television movies like Network Pacchi Na, Bodh, Batch 2003, Chhaya Shikari, Shokal Bikal Ratri, Bokul Ful, including TV series like Shondeher Obokash, August 14 and Biye Korte Giye.