Nerkonda Paarvai censor report is out - 5 audio cuts in total

A film that has been carrying massive expectations right from the beginning, ‘Thala’ Ajith’s Nerkonda Paarvai helmed by director H. Vinoth and produced by Boney Kapoor’s Bayview Projects LLP banner is gearing up for a huge theatrical release on August 8, 2019. An official remake of the smash hit 2016 Hindi film, Pink, which had Amitabh Bachchan and Taapsee Pannu in the lead roles, the courtroom drama’s Tamil version was recently given a ‘U/A’ certificate by the Censor Board with its runtime going on to be revealed at 2 hours 38 minutes (158 minutes). Now, the censor report for Nerkonda Paarvai with details regarding the curse words that have been muted can be seen below and shows 5 instances where the CBFC have implemented the action. 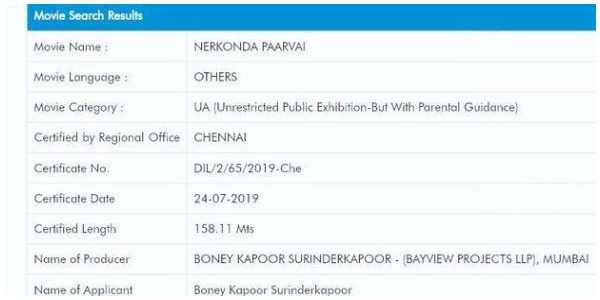 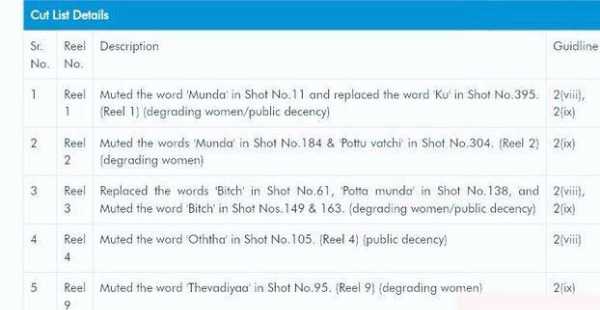 The excitement for Nerkonda Paarvai is quite high after the ‘Agalaathey’ song released recently turning out to be a astounding success. With music composed by Yuvan Shankar Raja, Ajith plays a middle-aged lawyer with a past and will be joined by Vidya Balan in a cameo in the film, which has an ensemble cast featuring names like Shraddha Srinath, Rangaraj Pandey, Abirami Venkatachalam, Andrea Tariang, Adhik Ravichandran, Arjun Chidambaram, Ashwin Rao, KK Menon, Kalki Koechlin among others in important supporting roles. 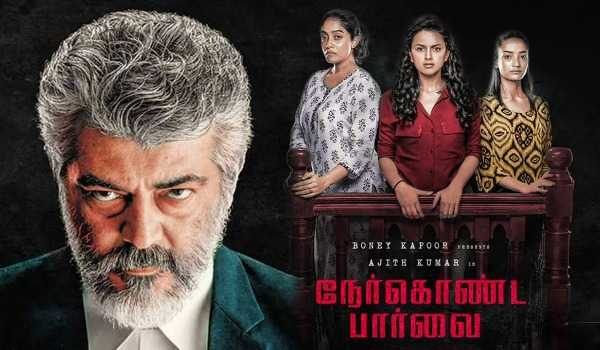 Superstar Rajinikanths Annaatthe - First Official REVIEW is out! Check Out!