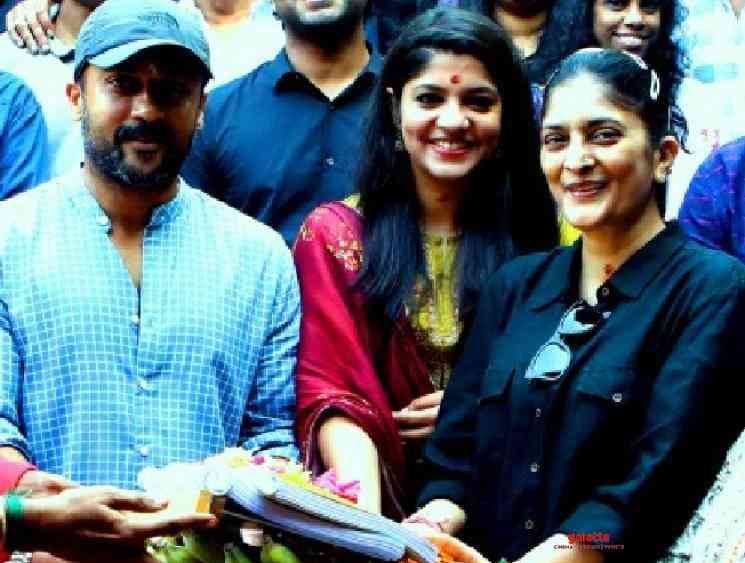 Suriya’s Soorarai Pottru is the talk of the town right now! Yes, the super impressive teaser of the film has made an impact with everyone and the entire team of Soorarai Pottru have been receiving humongous praises from various corners of the world. Suriya’s vibrant and energetic performance, Niketh Bommi’s classy visuals and G.V.Prakash’s raging background score have acted as strong pillars of support for the teaser and it has also caught the attention of the audience. But what happens to be the major highlight is director Sudha Kongara’s conviction to make and execute a film of this style and grandeur.

The teaser had a beautiful emotion and that is one of the major reasons for it to work well with the masses. On that note, director Sudha was tagged on numerous social media posts that were related to Soorarai Pottru teaser. A few profiles which goes by the name of Sudha Kongara were tagged by leading directors and producers, apart from the general social media users. To clear the air, the film’s production house, 2D Entertainment came forward and clarified that director Sudha Kongara is not on Twitter.

So, it looks like all the profiles which claim to be Sudha, happens to be fake. It can be recalled that the team had already clarified the same issue a few months back. Having got a very good response from the audience, the team of Soorarai Pottru will now be geared up for the film’s theatrical release which is scheduled to happen this Summer.

#AnbanaFans please note, Director #SudhaKongara is not on twitter. All handles being used are fake! #SooraraiPottru