Aatharvaa's much anticipated cop thriller written and directed by Sam Anton in his third directorial venture hit the screens last week (May 9th). The movie opened to some decent reviews from both the fans and the critics as well providing a good start to the movie. Even with some good competition the movie has managed to hold its screens at the theaters and is expected to do well in the coming days as well. 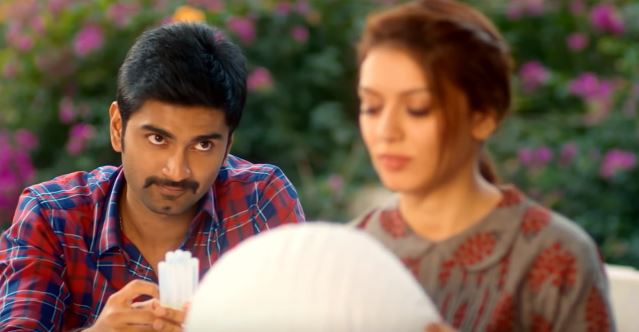 Apart from Atharvaa, 100 has the ever gorgeous Hansika Motwani as the lady lead while Yogi Babu portrays a supporting role. The music was composed by Sam CS. Witht the movie running successfully at the theaters, the makers have released the video of the song titled Ye Di Raasathi. The track is composed and sung by Sam. CS with the rap portions written & performed by Kavita Thomas.

Here is the trending video song,