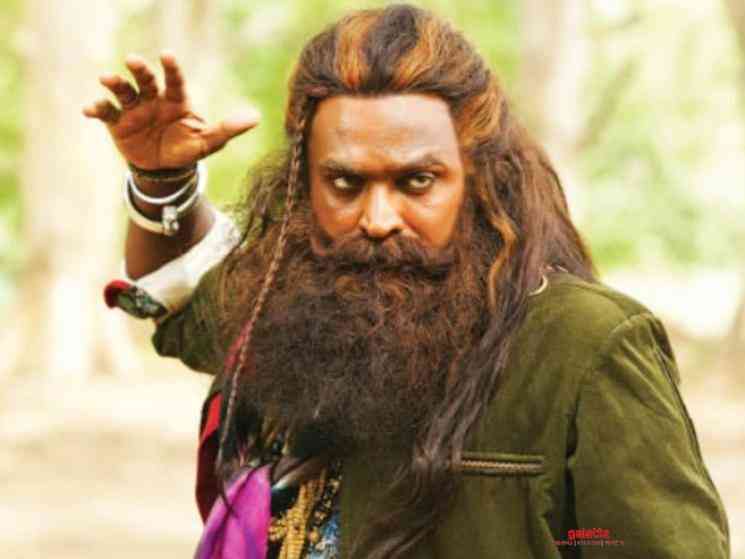 One of the constantly busy stars of Kollywood - Makkal Selvan Vijay Sethupathi had a very productive 2019 and has kicked off 2020 with a bang! He is currently filming for a number of movies, one of which is the highly anticipated biggie Master, in which he is playing the antagonist to Thalapathy Vijay. Another much-talked-about Vijay Sethupathi movie which is in the making is his Laabam, with director SP Jhananathan. This movie, bankrolled jointly by Vijay Sethupathi himself and P Arumugakumar under their Vijay Sethupathi Productions and 7C's Entertainment banners, has Shruti Haasan as the female lead. Now, the makers have released the first look of the movie! 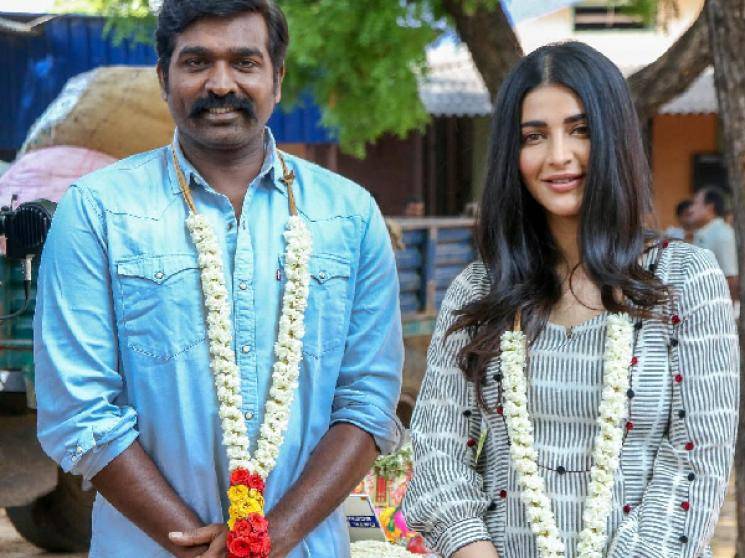 Laabam's first look has Vijay Sethupathi in a rustic look with a simple half-sleeve shirt and a dhoti, holding a megaphone in his hand and addressing the public. There are also images of what seems to be a farmers' protest with a person looking like a Policeman, shooting at the protestors. There is also the symbol of a Swastika, near the movie's title on the poster. All-in-all, it looks like director SP Jhananathan has made an intense movie with a social issue surrounding farmers, as the core. Vijay Sethupathi is said to be playing the role of a Farmers' Union leader, in Laabam. Let's wait and see how the movie turns out to be. 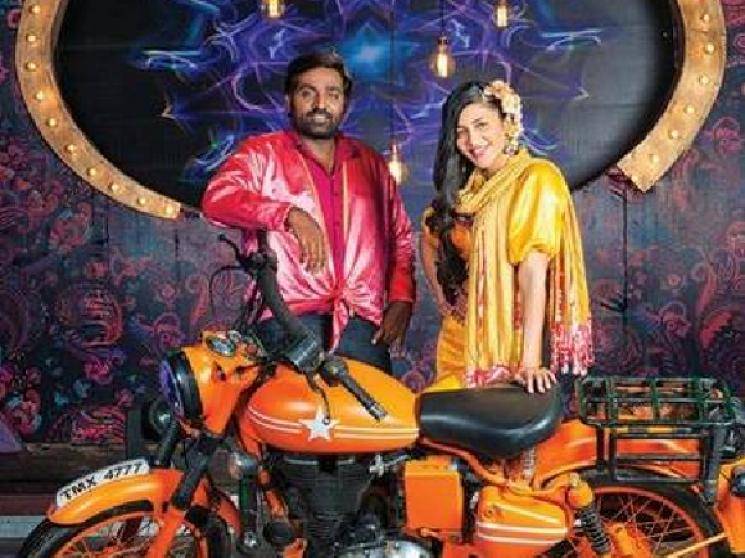 D. Imman has scored the music for Laabam, which has Ramji's cinematography and Anthony's editing. The cast of this movie also includes Kalaiyarasan, Jagapathi Babu, Harish Uthaman and Sai Dhansikaa! The shoot for Laabam has been wrapped and it is in the post production stage. Earlier, it came to light that the unit had filmed some sequences in a village called Peruvayal, near Kundrathur. Vijay Sethupathi had requested that an actual building be erected, instead of a set, for a Farmer's Union office. After the shooting was completed, Vijay Sethupathi is said to have gifted this building to the farmers of that area! 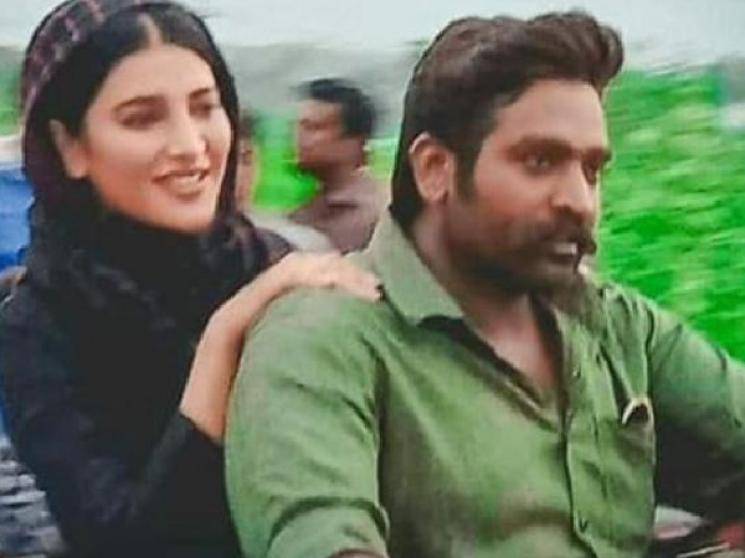 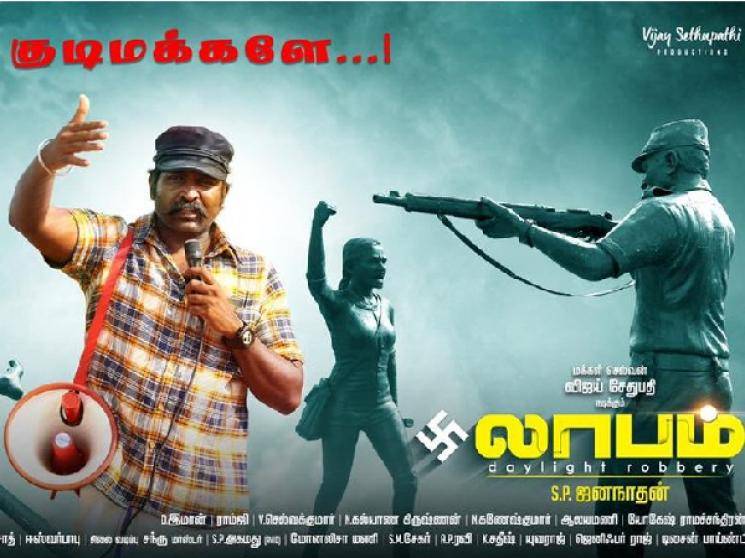 Check out the first look of Laabam, here: