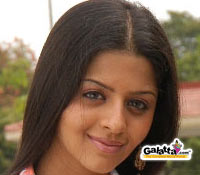 Vedhika, who put up a neat show in Muni, Kaalai and Sakkarakatti, will be the heroine of Malai Malai. Pooja was supposed to play the role, but she opted outï¿½since she was busy with other projects.

Malai Malai is produced by doctor-turned-producer Dr. Mohan (Arun Vijay’s father-in-law) and Hemanth Kumar. It is considered one of the most promising films ofï¿½2009. “Parkour” has become the buzzword of the industry ever since it was announced that Arun Vijay will perform Parkour-style stunts in Malai Malai (likeï¿½Daneil Craig did in the opening scenes of Casino Royale).

A. Venkatesh directing this filmï¿½means it will be full of factors that constitute a successful commercial film. But the director has also tried out a new screenplay to match Arun Vijay’s personality and the intense actions sequences of the film.

Malai Malai’s shooting begins in January when Venkatesh will be freeï¿½after completingï¿½the shooting of Vaada.