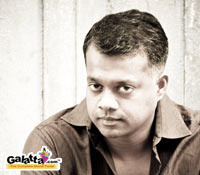 Gautham Menon's long pending dream project is Chennaiyil Oru Mazhaikalam. The film stars Trisha and four boys who are newcomers, and was launched in mid 2007. But, unfortunately for some reason, the film is yet to see the light of the day.

The film has Trisha playing the role of a call centre employee, and the film revolves around the upwardly mobile IT community of Chennai. Gautham promises to bring out the various problems that all BPO employees face, including their huge pay packages and also about how it affects their family and health.

Trisha who is very much from Chennai, should be finding this to be a piece of cake. The film has music by A.R. Rahman and cinematography by Manoj Pramahamsa.

But the one question that seems to be on top of everyone's mind is why is the film taking so long? Is it because reels of whatever that has been filmed is lost or is it just because the director is concentrating on other projects?

It may be noted that, a similar fiasco happened when Vaaranam Aayiram was in progress when, two of his assistants failed to bring back reels of the film efficiently on time and was lost some where mid way in Singapore!