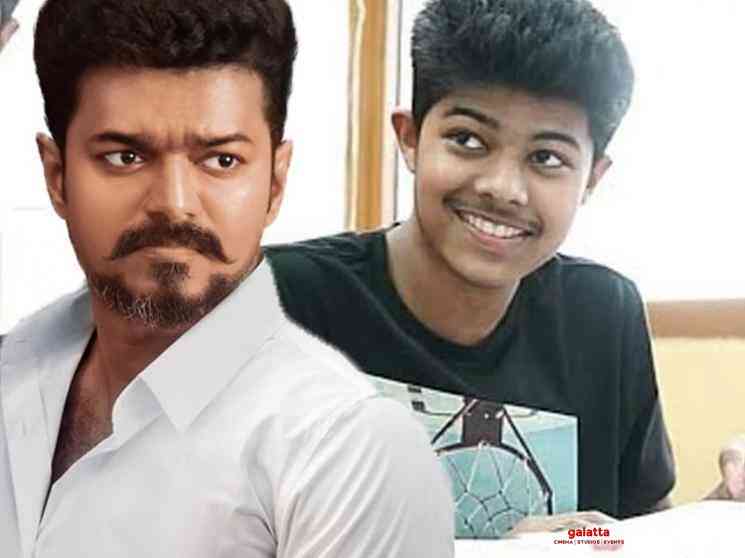 Thalapathy Vijay’s son Jason Sanjay who has been learning filmmaking at a popular university in Canada finally reunites with his parents. Jason, who got stuck in Canada, was unable to return to India before the lockdown commenced. Earlier it was even reported by a section of media that Vijay was worried over his son’s safety and wanted to bring back him to India at the earliest even Canada wasn’t been badly affected by the pandemic at that stage. Vijay, wife Sangeetha and their daughter Divya Saasha were following the coronavirus guidelines at their residence in Chennai while Sanjay was stuck in Canada. Now once things got better in India with the lockdown regulations got relaxed, Jason Vijay flew down to India early this month. He apparently, went straight to a star hotel and quarantined himself for 14 days before finally going back home to be with his parents who are living in the outskirts of Chennai. They say like father like son. Just like how Thalapathy Vijay got into films getting inspired by his father’s work, likewise, Jason Sanjay also has aspirations to be a part of the movie business and has been pursuing filmmaking. Just like how Vijay got himself fully equipped in every aspect of acting like dancing, horse riding, martial arts, Sanjay too has been laying a strong foundation for himself. He has also directed some short films like Junction with his school friends that went viral on social media, a couple of years ago. It must be noted that in the year 2009, Jason Sanjay had danced along with his father Thalapathy Vijay in one of his films Vettaikaaran.

Jason Sanjay has already been getting several acting offers, it was earlier rumoured that Shankar wanted to launch Jason in one of his movies, later it was reported that director AR Murugadoss had approached Vijay wanting to direct his son since his previous film Darbar didn’t do well at the box office and he wanted to prove himself by launching his son as the lead. However, apparently actor Vijay has refused to be involved in the decision and asked AR Murugadoss to instead discuss it with Jason Sanjay directly as it will be his decision whether to enter cinema or not. Things didn’t materialize as planned as Murugadoss ended up making a story for Thalapathy Vijay. The duo would soon team up for the fourth time after Thuppakki, Kaththi and Sarkar.