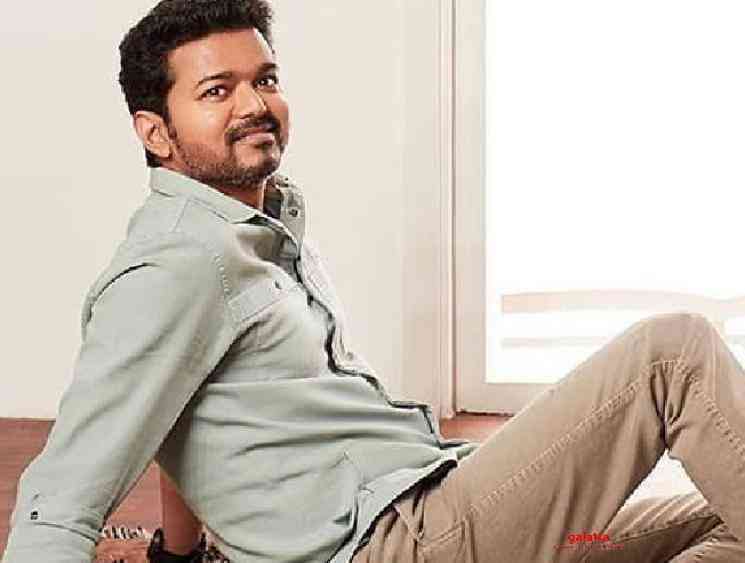 Thalapathy Vijay is one of the top stars in Tamil cinema who holds a humongous fan base worldwide. He is a charming actor, wonderful dancer, a kind human being and these are all some of his qualities that we know of. But, how many of you know that Vijay aspires to direct a film one day? Sounds, interesting right? Yes, in one of his earlier interviews, a few years ago, Vijay has confessed that he hopes to direct a film one day. This throwback video is now doing the rounds on social media and the fans are excitedly sharing it.

This lockdown phase has made everyone look back at some of the memorable moments and it looks like Vijay fans have got a very interesting throwback video to make themselves happy. In this video, we see Vijay saying, “Some day, you will get a breaking news saying - Kadhai, Thiraikkadhai, Vasanam, Iyakkam (Story, Screenplay, Dialogue, Direction) - Vijay. I am interested to direct films. Maybe, I will. Let’s see.”

This small video has made the fans smile and it is sure something that not people know about. One does not know what the film will be about, but as Vijay says in the video, it surely will come as a huge surprise and a breaking news for everyone and it will also be a film that will grab national attention. Let us hope that Vijay gets to fulfill his interest sometime in the next few years.

The ace actor is currently waiting for the release of his next film, Master, which is directed by Lokesh Kanagaraj of Kaithi and Maanagaram fame. Master will feature Makkal Selvan Vijay Sethupathi as the antagonist and he plays a ruthless cruel villain in this film which has music scored by Anirudh Ravichander. The young composer has delivered a chartbuster album which has helped the film to stay in constant buzz and news during this lockdown and unexpected delay.

Produced by XB Film Creators, Master has Malavika Mohanan, Shanthnu Bhagyaraj, Arjun Das, KPY Dheena, Gouri Kishan in supporting roles. The film might hit the screens either for this year’s Diwali festival or next year’s Pongal festival, depending on the status of the pandemic situation. After this film, Vijay is most likely to team up with his blockbuster director A.R.Murugadoss and Sun Pictures for his next, which is tentatively called Thalapathy 65. An official announcement on the project is awaited. For now, check out the nostalgic throwback video of Vijay here: