OFFICIAL: Bigil Teaser To Come Out On....!

The much-awaited audio launch of Thalapathy Vijay's Bigil happened in a grand manner on Thursday (September 19th) at the Leo Muthu Auditorium, in Sairam Engineering College. Along with Thalapathy Vijay, the show was also filled with some glittering names from the cast of Bigil which included Vivek, Kathir, Anand Raj, Manobala, Indhuja, Varsha Bollama and others. Musical legend AR Rahman also gave a thundering performance during the show.

Director Atlee weaved an emotional speech at the audio launch and talked about how he handles the negative things that are being said about him. Atlee won hearts with his confident speech after which Thalapathy Vijay gave brotherly hug. During Atlee's speech. one of the huge roars came from the fans when he spoke about the teaser of the film. 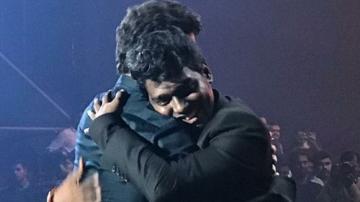 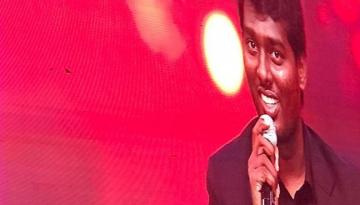 "The movie has been locked and will be sent for Censor soon. If possible, we will release the teaser of Bigil, in the first week of October itself!"

Thalapathy fans are on cloud nine after Atlee's official word and are now waiting for the next big Bigil day. The actual date is expected to be announced in the coming days.