Vikram's huge statement about Vijay's film with Shankar - check out the video!

Actors Vijay and Vikram are known among fans to be close friends and the two have shared anecdotes about their friendship several times over the years. So, there is always a likelihood both stars will be knowing plenty about each other’s upcoming projects and that is exactly what the National Award-winning actor Vikram has now spoken about ‘Thalapathy’ in a recent interview with a popular Malayalam media channel. The interviewer had queried Vikram about a film with blockbuster director Shankar for which the star stated, “A film might be made anytime; perhaps in the next 2-3 years. He recently did a film with Rajinikanth sir and will work with Vijay, and then he will come to me,”. 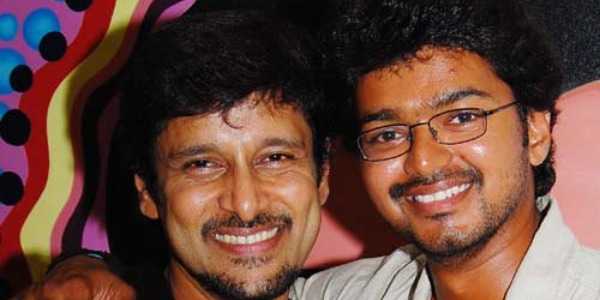 The talk about Vijay and director Shankar teaming up for a film has been doing the rounds for quite some time with their collaboration being speculated to happen for Thalapathy 65 after Vijay finishes his Bigil coming out this Diwali in October after which he will begin work on the highly anticipated, Thalapathy 64, under Maanagaram fame Lokesh Kanagaraj’s direction planned for an April/May 2020 release. Shankar, who delivered one of the biggest box office hits in Indian cinema's history last year with Rajinikanth in 2.0 is all set to resume filming on mega project, Indian 2, with Kamal Haasan. If Vijay and Shankar do come together for a film, it will be the second time they both join hands again after their 2012 blockbuster, Nanban.

Vikram, who recently delivered yet another power-packed performance in the action thriller, Kadaram Kondan, too has his hands full next as his long-awaited Dhruva Natchathiram with Gautham Menon is awaiting its release while the actor had also announced he would begin filming for director Mani Ratnam’s film adaptation of acclaimed Tamil writer Kalki Krishnamurthy’s historical novel, Ponniyin Selvan ,in January 2020. Vikram is also set to kick-off filming for his Chiyaan 58 under Demonte Colony and Imaikkaa Nodigal director Ajay Gnanamuthu’s direction, while also being attached to another epic film, Mahavir Karna, to be helmed by Malayalam filmmaker RS Vimal’s direction.

Check out Vikram’s statement about his admiration for director Shankar, his plans to act in Malayalam cinema in the video below: