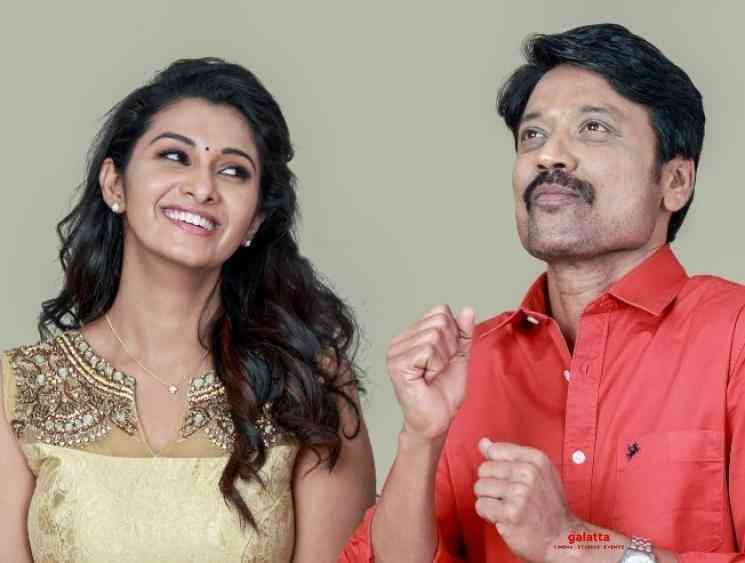 SJ Suryah's last film, Monster, in which he played the lead role, went on to become a runaway box office hit and established himself as a family man's hero. The director turned actor has of late been giving stellar performances in films starting with Iraivi in 2016 and carrying forward the same momentum in Spyder and the blockbuster, Mersal, as well. Post the success of Monster alongside actress Priya Bhavani Shankar, SJ Suryah had announced his next film, Bommai, once again with the popular heroine and this time under reputed director Radha Mohan. That said, SJ Suryah has now revealed on his Twitter page for the first time a still from Bommai featuring Priya Bhavani Shankar, while saying she resembles actresses Simran and Trisha. Check out his tweet below:

It was only a few days back when SJ Suryah announced that the climax portions in Bommai were shot and it now remains to be seen when production will wrap up considering there have been plans for the film to be a summer release. Apart from SJ Suryah and Priya Bhavani Shankar, the film will also include actress Chandini Tamilarasan in a vital supporting role with music being composed by Yuvan Shankar Raja. A romantic thriller, Bommai is being produced by the Angel Studious MH LLP banner with Richard M. Nathan handling cinematography and Kathirr taking care of editing.