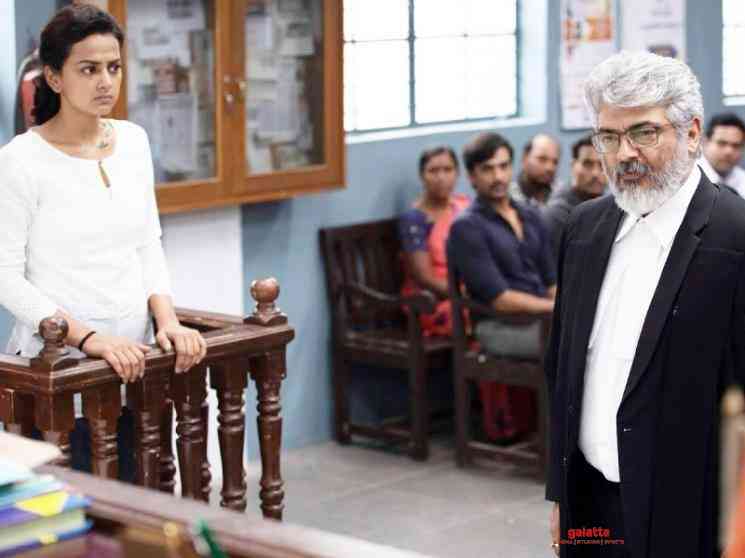 Today is August 8 and it marks the first year release anniversary of Thala Ajith’s Nerkonda Paarvai. The fans are celebrating the special day with hashtags like #1YearOfPrestigiousNKP, special pictures and videos, etc. Nerkonda Paarvai was a film that excited not only the fans, but also the general public ever since its announcement and the excitement reflected in the blockbuster opening of the film. Many people were very surprised by Ajith’s bold decision to act in a film like Nerkonda Paarvai which has a very sensitive and important subject.

Produced by Boney Kapoor’s Bayview Projects LLP, this courtroom drama was directed by H Vinoth of Theeran Adhigaaram Ondru fame and had music scored by Yuvan Shankar Raja. The film was the official Tamil remake of the critically acclaimed Amitabh Bachchan - Taapsee starrer Pink. Nerkonda Paarvai was a successful film both critically and commercially and the success of the film at the box office proved that Ajith’s decision was right. When a star hero with a massive fan following like Ajith says ‘No Means No’, the impact and seriousness of the dialogue is felt much more and the film has an important place in Ajith’s filmography.

The three girl protagonists were played by Shraddha Srinath, Abhirami Venkatachalam and Andrea Tariang. Marking the first year release anniversary, Shraddha Srinath took to her Instagram space to share an emotional note, recollecting her experience working with Ajith. She wrote, “A mega star who chose to defy odds and be part of a film that talks about a subject that we don't talk openly about let alone make films on. It was an honour to share screen space with Thala.”

Talking about Meera, the character she played in the film, Shraddha wrote, “Meera is strong and impulsive. She's a fighter. She also wears a rubber band on her wrist at all times just in case it gets too hot and she needs to tie her hair up. She's self reliant. Be like Meera”. Shraddha received good and positive reviews for her impactful performance in the film and the film definitely holds an important place in her filmography.

Up next, Shraddha will be seen playing the female lead in Vishal's Chakra, directed by M.S.Anandan. She will also be seen sharing screen space with Madhavan for the second time (after Vikram Vedha) in Maara, the Tamil remake of Dulquer Salmaan's Charlie. For now, check out the screenshot of Shraddha’s Instagram post (about Nerkonda Paarvai) below: