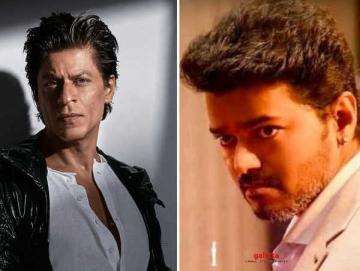 The names Baadshah of Bollywood, King of Bollywood, King Khan and King of Romance rightfully fit the one and only Shah Rukh Khan who entered Bollywood without any background and became a self-made Superstar. SRK was last seen in the romantic comedy-drama film Zero in which he played as a 38-year-old dwarf but the movie did not fulfill the expectations of the fans. SRK has been on a lean patch for some notable time and the star has decided to take a break from movies and is yet to sign his next film. SRK has proved his mettle from time and again with his stunning performances and his fans are awaiting a grand comeback from the legend.

On the occasion of Dasara,  SRK engaged in a Twitter conversation with his fans where he answered many of their questions. Fans from Kollywood also engaged in the Twitter conversation with some interesting questions. When fans asked SRK to give a word about Dhanush, Ajith and Vijay, the actor replied in a delightful manner. Here are some of the interesting chats from SRK's twitter Q&A session, 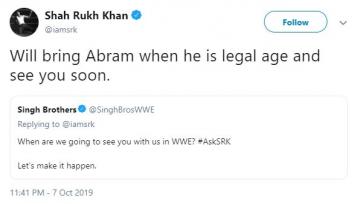 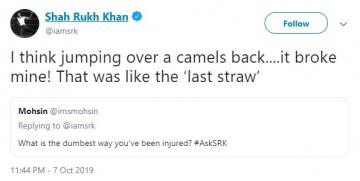 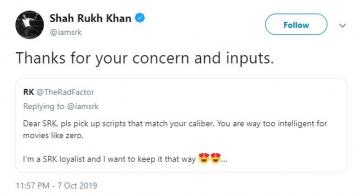