Samantha's look from 96 remake is out - pictures go viral 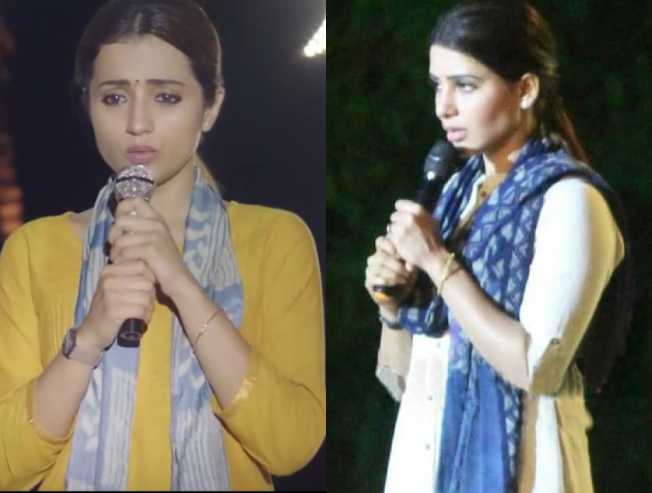 Makkal Selvan Vijay Sethupathi and Trisha starrer 96' was a big hit at the box office that also earned a humongous fan base. There is a separate fan following for the memorable characters, Ram and Jaanu, created by Prem Kumar. This romantic drama was announced to be remade in Kannada and Telugu languages. The Kannada remake, titled as 99', with Golden Star Ganesh and Bhavana released a few months back, and opened to mixed reviews. The Telugu remake is right now in the shooting stages and the makers are canning some of the important sequences featuring Samantha and Sharwanand.

The duo will reprise the roles played by Vijay Sethupathi and Trisha. Premkumar who directed the original version is helming the remake as well. The technical crew also comprises of the same team including cinematographer Mahendran Jayavelu and music director Govind Vasantha. With the film' shooting happening at a brisk pace, a new set of pictures from the film have surfaced on the social media and it has been the talk of the town.

The pictures are out from the scene where Samantha is made to sing at the get-together party night. Trisha's Yellow Churidhar costume was a sensational hit among the audience and it even became merchandise that was sold in stores. In this Telugu remake, we see Samantha wearing a dress in similar shades, but this actually has more white in it, accompanied by a dark blue dupatta.

This yet to be titled Telugu remake is bankrolled by Dil Raju for his banner, Sri Venkateswara Creations. The film is slated to hit the screens towards the end of this year, or by early 2020. Stay tuned.