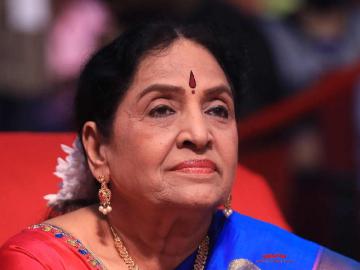 There is an allure about old Tamil cinemas and songs that gets the younger generations excited. When, at the Galatta Wonder Women Awards night, Kumari Sachu was called upon the stage, the middle-aged crowd in the audience went wild, for the times they listened to 'Roja Malare Rajakumari' and other 'Sachu songs' as children. A grinning Sachu received the 'All-Time Comedy Queen' award to rousing applause from the reminiscing crowd.

The lady is still the same bag of beans we are used to seeing onscreen - and even the younger members of the audience seemed to pay attention to the enthusiasm they saw on the stage. With her counterpart KR Vijaya presenting the laurel, Sachu needed little prompting to begin talking about the old times. With KR Vijaya, who sounds a little breathless now, also joining in, the audience saw the duo have a fun couple of minutes before returning to their seats, where they were seen swapping stories. We thank both these veterans and legends for gracing our Galatta Wonder Women Awards with their presence!