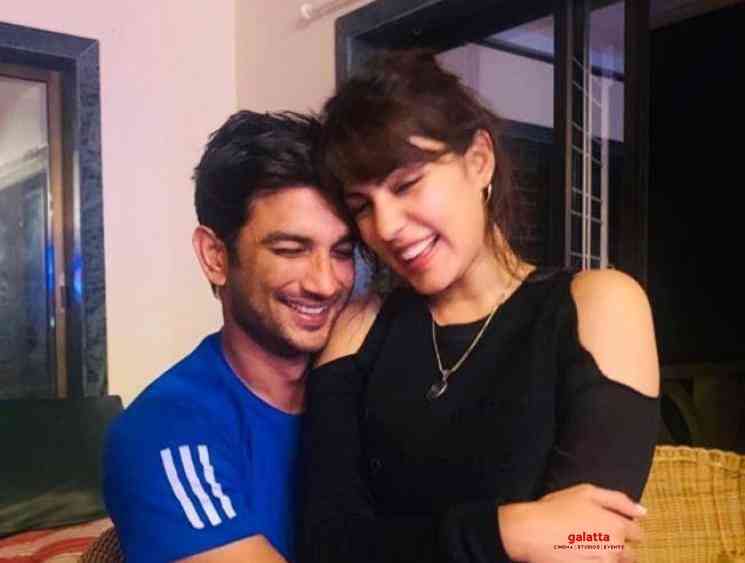 Last month on the very same date, 14 June 2020, Sushant Singh Rajput, aged 34, was found dead hanging from the ceiling fan in his home in Bandra, Mumbai. It’s been one month already since we lost one of our most talented and charming actors. Sushant had reportedly been suffering from depression for about six months. However, no suicide note has been found. His body was taken to Cooper Hospital for Port-mortem and it was kept there for a day. Sushant’s family members and friends were allowed to watch his body. The only film star who visited Cooper hospital to see Sushant one last time was his alleged girlfriend Rhea Chakraborty. It must be noted that Rhea and Sushant were rumoured to be dating. Neither Rhea nor Sushant ever confirmed their relationship status. They were often seen on dinner dates and even went on holidays together. It is said that Rhea Chakraborty had ostensibly confirmed that she was in a relationship with Sushant during a recent police investigation and the couple was about to get married later this year. In her statement. Rhea has allegedly told the cops that she was living together with Sushant during the lockdown but moved out of his apartment after a fight.

Rhea Chakraborthy who has remained quiet all this while has finally penned an emotional letter for Sushant Singh Rajput on his 30th day death anniversary. Here is the note - “Still struggling to face my emotions.. an irreparable numbness in my heart. You are the one who made me believe in love, the power of it. You taught me how a simple mathematical equation can decipher the meaning of life and I promise you that I learnt from you every day. I will never come to terms with you not being here anymore. I know you're in a much more peaceful place now. The moon, the stars, the galaxies would've welcomed "the greatest physicist "with open arms. Full of empathy and joy, you could lighten up a shooting star - now, you are one. I will wait for you my shooting star and make a wish to bring you back to me. You were everything a beautiful person could be, the greatest wonder that the world has seen. My words are incapable of expressing the love we have and I guess you truly meant it when you said it is beyond both of us. You loved everything with an open heart, and now you've shown me that our love is indeed exponential. Be in peace Sushi. 30 days of losing you but a lifetime of loving you....Eternally connected To infinity and beyond.”