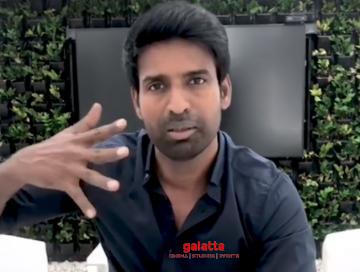 ‘Superstar’ Rajinikanth fans are on a high after the release of the first single track ‘Chumma Kizhi’ from the upcoming film, Darbar. The iconic veteran actor also will be kicking off work on his next film tentatively titled, Thalaivar 168, under the Sun Pictures banner, with Viswasam director Siva set to lead the team, which also includes names like comedian Soori and composer D. Imman. Editor Ruben and stunt choreographer Dhilip Subbarayan are also expected to be officially announced as part of the project in the days ahead. That said, the inclusion of Soori in Thalaivar 168 has come out as a big delightful surprise with the popular comedian set to be seen in a Rajinikanth film for the first time ever in his career. With the shooting expected to kick-off from mid-December, Sun Pictures has now released a video where Soori is seen expressing his gratitude to Sun Pictures, Rajinikanth as well as director Siva.

Soori states, “My biggest dream has finally been fulfilled. You will get so much happiness when you take a selfie with ‘Thalaivar’, but I’m getting a chance to work with sir in an important role in the film. The truth is I cannot express my joy and satisfaction. I want to thank ‘Superstar’ for giving me an opportunity in the film. Next, any venture that Sun Pictures begin, they do it with a bang. If you work in one film under their banner, your name will become global. I have gotten the chance to work in two back-to-back films (previous was Sivakarthikeyan’s Namma Veettu Pillai) and I want to thank them for making this happen. This is also my second film (previous was Ajith's Vedalam) with director Siva. In this day and age, Siva sir is one director who is making mass films with mass. When Siva sir, Rajini sir and Sun Pictures come together, that film will be undoubtedly be ‘Theri’ mass. I want to say thank you to all of them for bringing me on board such a prestigious project,”.

Check out Soori’s speech about Thalaivar 168 in the tweet below:

Hear what @sooriofficial has to say about acting with Superstar @rajinikanth for the first time, in #Thalaivar168@directorsiva pic.twitter.com/GVwBTJbup2