Priya Bhavanishankar talks about her role in Indian 2

Priya Bhavanishankar reveals breaking details on her role in Indian 2 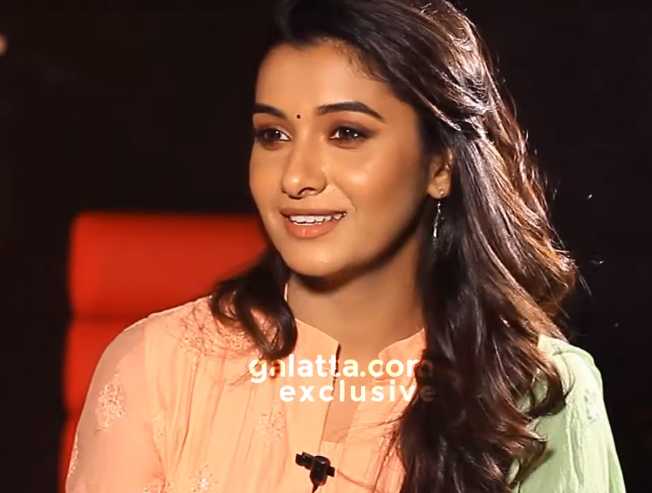 Director Shankar's much awaited project, Indian 2, with Kamal Haasan is all set to go on floors from the 12th of August. The shooting is said to commence with Siddharth and others, while Kamal Haasan is expected to join only by the 31st August. The updated star cast of this film includes some very interesting names that include Siddharth, Priya Bhavani Shankar, Rakul Preet Singh, and Aishwarya Rajesh, apart from the already announced Kajal Aggarwal. Shankar had also recently liked one of the tweets on Twitter that had details about this star cast.

Fans came to the conclusion that the information was true after seeing Shankar's reaction on Twitter. Actress Priya Bhavani Shankar has now officially confirmed her presence in this biggie. She has revealed some exclusive details in an exclusive interview with Galatta. She said, "Shankar sir's name was in my bucketlist though I didn't have any thoughts about acting in his films. I never dreamt of it. Out of nowhere, I got a call from Shankar sir's office for Indian 2. Even before going to the office, I was mentally prepared to accept the offer since it was a Kamal sir's film and of course, in Shankar sir's direction.

This is a once-in-a-lifetime opportunity and I wasn't ready to miss this. Even if it was a 10 minute role, I was ready for it. I went to his office and I was given a 2 hour narration about the story. Later, I was told about my character in that story and I was totally taken aback. It was one of the lead characters and I was surprised. Shankar sir told me to take time and revert back if I am okay with it. He was so kind. He values people opposite him and don't take them lightly.

Being a person of that high stature, his character surprised me. He made me feel so warm and comfortable. With no delay, I immediately told I am doing this and told I am ready to sign that moment. I was so happy to be onboard and he was also glad to have me. I also told him not to see any other options for my role."

Apart from Indian 2, Priya has Karthick Naren's Mafia, that features Arun Vijay and Prasanna as the leads. She is also in talks to play the female lead in Chiyaan Vikram's 58th film, directed by Ajay Gnanamuthu of Demonte Colony and Imaikkaa Nodigal fame.