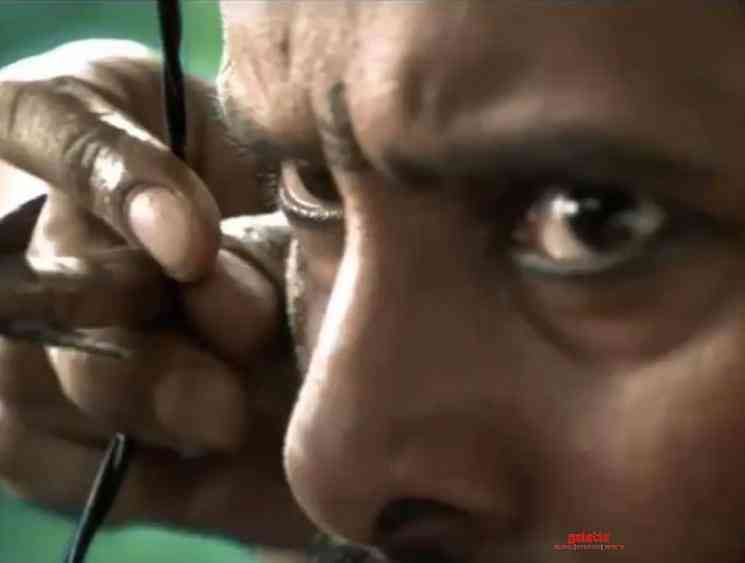 National Award-winning actor Vikram has gone on to enchant fans over the years with his skills as a performer essaying challenging roles time and again. Last seen in Kadaram Kondan, the talented actor is at present working on his upcoming film, Cobra, with director Ajay Gnanamuthu for which he will wrap up his portions towards the end of this month and will then join the shoot of Mani Ratnam's dream project, Ponniyin Selvan. Based on acclaimed Tamil writer Kalki Krishnamurthy's novel of the same name, the Ponniyin Selvan movie is being produced jointly by Madras Talkies and Lyca Productions banners with filming currently taking place in the interior regions of Thailand's deep forests. That said, a vintage advertisement picture of Vikram modeling for the 'Chola Tea' brand has now gone viral among fans on social networking forums. Many have been gushing at the thought of witnessing the star performer in a warrior/king's attire in Ponniyin Selvan and the excitement shown for this trending picture is in itself a testimony. Check it out below:

Fans will know that Vikram was attached at one point during the course of his career a few years back in yet another historical epic film titled, Karikalan, which eventually went on to be shelved. However, pre-production photo-shoot pictures of Karikalan, which were released then, still continue to be shared with much fervor by fans and it now remains to be seen as to what director Mani Ratnam and costume designer Eka Lakhani have envisioned for Vikram in Ponniyin Selvan.