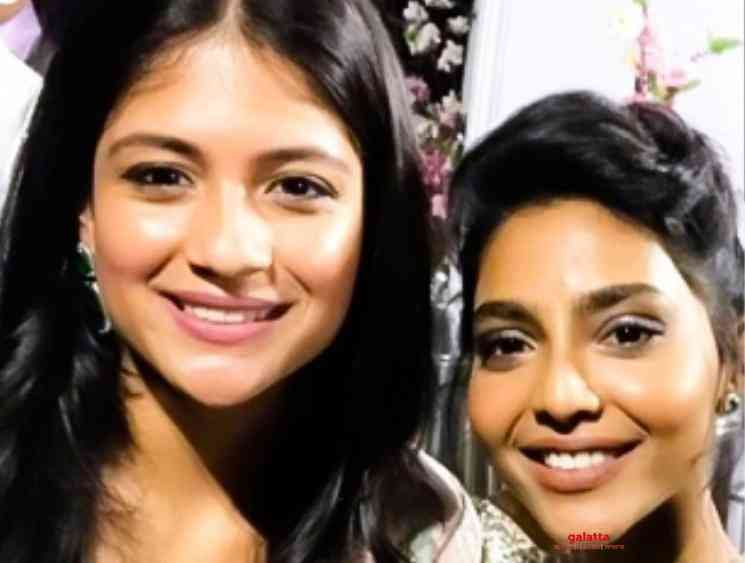 A project that has kept fans created massive curiosity among fans, Ponniyin Selvan, is being billed to be the most expensive film to be made in Tamil cinema. The dream project for ace director Mani Ratnam, filming on Ponniyin Selvan finally kicked off in December 2019 in Thailand and is progressing at a steady pace with several notable top actors on board. Yesterday incidentally saw the release of the Ponniyin Selvan title font by Madras Talkies and Lyca Productions taking the excitement for the upcoming historical film to new heights. Among the several stars acting in Ponniyin Selvan, popular Malayalam actress, Aishwarya Lekshmi, is said to be portraying the character named Poonguzhali, and had taken to her Twitter page to finally speak for the first time about being part of the film.

Likewise, soon after the unveiling of the Ponniyin Selvan title font, Tamil actress Aditi Balan of Aruvi fame too had posted the same on her Instagram story while conveying her wishes to Aishwarya Lekshmi with a sweet message saying, "My lover @aishu__ killing it, starting this decade with a bang. too excited for you : )". Aishwarya Lekshmi too had acknowledged and replied back saying, "Thank you lover". Check out Aditi Balan's Instagram story below:

The buzz over Ponniyin Selvan is only scaling upwards with the passage of each day and that is now evident post the arrival of the title font. An adaptation of acclaimed Tamil writer Kalki Krishnamurthy's novel of the same name, Ponniyin Selvan's cast includes names like 'Chiyaan' Vikram, Jayam Ravi, Karthi, Aishwarya Rai, Trisha, Vikram Prabhu, Aishwarya Lekshmi, Sarathkumar, Prabhu, Kishore, Jayaram, Lal, Riyaz Khan, Ashwin Kakumanu, Arjun Chidambaram, Mohan Raman among several other names. Academy Award-winning composer A. R. Rahman is once again scoring music for this Mani Ratnam directorial which has Ravi Varman in charge of the cinematography while Sreekar Prasad will handle the editing.