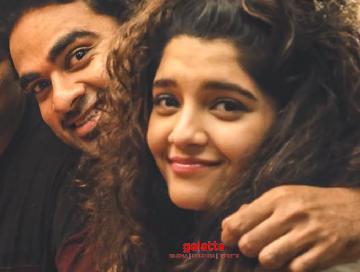 Ashok Selvan celebrated his birthday yesterday (November 8) and marking the special occasion, the makers of Oh My Kadavule released the first single from the film. Oh My Kadavule is Ashok Selvan's next film that features Ritika Singh and Vani Bhojan as the female leads. This breezy romantic comedy film is directed by debutant Ashwath Marimuthu and produced by Abinaya Selvam and Ashok Selvan under the banner of Happy High Pictures. Axess Film Factory, the renowned production house, known for bankrolling films like Maragadha Naanayam and Ratsasan, will be releasing the film worldwide.

Coming back to the first single, this song is called the Friendship Anthem. As the title suggests, this feel good pleasant number is an ode to friendship, the best relationship in human history. Rockstar Anirudh Ravichander has crooned his voice for this number and his vocals add the flavour to the song. Leon James and MM Manasi support Anirudh as the additional vocalists. Composed by Leon James, the Friendship Anthem song is penned by lyricist Ko Sesha.

The lyric video has been released on the official YouTube channel of Sony Music who owns the film's audio rights. The lyric video consists of real life people who clicked selfies with their best friends. This song is sure to strike a chord with the youngsters who value friendship. One cannot already wait to see the visuals of this song that is expected to be fun filled. Catch the Friendship Anthem song from Ashok Selvan's Oh My Kadavule here: