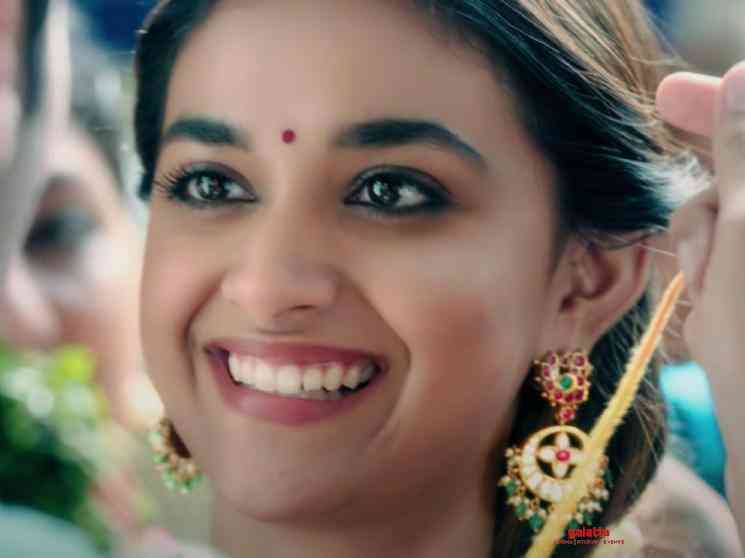 Popular Telugu actor Nithiin is going to get married to his longtime girlfriend, Shalini, later tonight (July 26) at the Taj Falaknuma Palace Hotel in Hyderabad. The wedding will happen with a limited number of guests, following the Government guidelines. A few hours ahead of the wedding, the teaser of Nithiin's next film, Rang De, has been released. Yes! The makers of Rang De have released the teaser and it looks quite promising and fun. The teaser has a good mix of emotions and it looks like the fans are in for a treat.

Keerthy Suresh plays the female lead in this film and her screen presence lightens up the mood of the viewers. Her pairing with Nithiin is fresh and we can expect the duo to create magic with their performances. Rang De happens to be Keerthy’s next film in Telugu after the highly acclaimed biopic drama, Mahanati and hence the fans are excitedly waiting for this film.

The teaser has got enough moments to impress the fans and it gives us a glimpse of what the film is going to be about. This promo video has got a very good reception from the fans and film buffs who are eagerly looking forward to catch the film as soon as possible. Co-incidentally, the film also deals about Nithiin’s wedding with Keerthy Suresh and there cannot be a better gift for the Bheeshma actor.

Rang De is directed by Venky Atluri who made an impressive debut with the Varun Tej starrer Tholi Prema. Legendary cinematographer P.C.Sreeram has cranked the camera and his experience comes as an asset for the film. The visual tone and frame composition is neat and adds freshness to the film. It is quite heartening to see some breezy, feel-good music from Devi Sri Prasad.

A few more portions of the film are left to be shot and it will be completed post the pandemic when everyone is declared safe. Through this teaser, the makers have revealed that they are planning to release the film for next year’s Sankranti festival, provided the theatres reopen. This colourful romantic entertainer is produced by Suryadevara Naga Vamsi under the banner of Sithara Entertainment. Catch the impressive teaser of Nithiin - Keerthy Suresh starrer Rang De here: