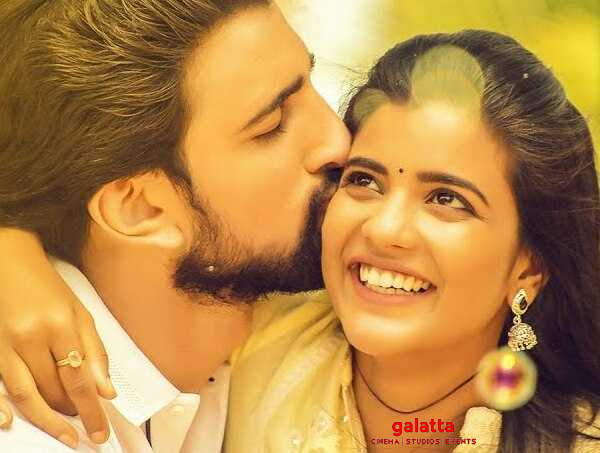 Aishwarya Rajesh has become the busiest star in the south Indian film industry with multiple mega projects lining up for release. Aishwarya is also riding high after the success of Chekka Chivantha Vaanam, Vada Chennai and Kanaa and is looking to carry on the momentum. One of Aishwarya's upcoming film is titled Mei and the film is written and directed by SA Baskaran. The film marks the debut of Nicky Sundaram as the lead actor along with Kishore, Charle VTM, Vinod Krishnan and Ajay Ghosh in important roles. Story and dialogues are written by Sentha Murugesan and music for the film is composed by Prithvi Kumar. The technical team includes VN Mohan handling the camera, Preethi Mohan making the cuts, art direction is taken care by Senthil Raghavan.

Mei is set to hit the screens this Friday (August 23rd) and the trailer of the film came out a few days back on the occasion of Independence Day and the trailer was impressive indeed. The team followed the trailer with small promos from the film and now a new video song has been released. The song titled Maalaiye is composed and sung by Prithvi Kumar with the lyrics penned by Christopher Pradeep. Here is the video of Maalaiye from Mei,