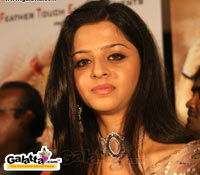 Malai Malai is theï¿½latest film produced by Feather Touch Entertainment. The film stars Arun Vijay and is directed by A. Venkatesh. The film's music is scored by Mani Sharma. Malai Malai also stars Prabhu in a significant role and the stunt sequences are handled by Kanal Kannan. Santhanam and Ganja Karuppu are expected to add to the comic element in the film.

Malai Malai has attracted public attention for Arun Vijay’s transformation into a complete action hero. According to director Venkatesh, the film will fulfil his fans' expectations from him and more! He added that the fight sequences of Malai Malai will be more exciting; the screenplay will be different; and the villain will be given importance on par with the hero! Talented and popularï¿½Prakashraj is the sauve villainï¿½out to challenge Arun Vijay on screen.

It is considered one of the most promising films of 2009. “Parkour” has become the buzzword of the industry ever since it was announced that Arun Vijay will perform Parkour-style stunts in Malai Malai (like Daniel Craig did in the opening scenes of Casino Royale).

Vedhika, who put up a neat show in Muni, Kaalai and Sakkarakatti, will be the heroine of Malai Malai. Pooja was supposed to play the role, but she opted out since she was busy with other projects.