Kutty Radhika to play the lead role in her next titled Damayanti! 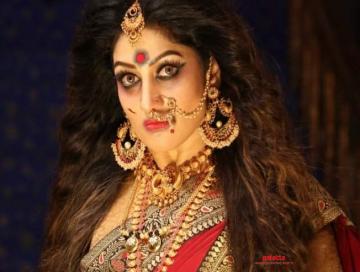 Radhika Kumaraswamy aka Kutty Radhika has been invisible from the big screens for many many years now. It was rumoured since last year that she will be making her comeback with Damayanti, a horror comedy. Now, a leading daily has confirmed that she is in fact playing the lead role in this flick. Directed by Navarasan, the film is being made in five languages and has Kutty Radhika playing the titular role.

Talking about the film the director told the leading daily that Anushka Shetty was his first choice for this. “It is a horror thriller, which will be on the lines of Arundhati and Bhaagamathie. I first narrated the script to Anushka Shetty. She really liked the story, but was busy with other commitments. My next choice was Radhika. However, she, too, was busy with a couple of Kannada films. I’d asked her if she could hear the narration. Eventually, she heard the script and loved it. She altered her dates and made time for this project,” he told the leading daily.

The film has already been shot, according to the report and currently the post-production work is on. Talking more about the film the director told the daily, “The film takes place in two periods. Radhika plays a king’s daughter. Rajinikanth’s friend Raj Bahadur plays the role of her father, which is quite integral to the script. We erected huge sets for the film and are sure that it will be much spoken about.” The film is being made in Tamil, Kannada and Telugu, and will be dubbed in Malayalam and Hindi.