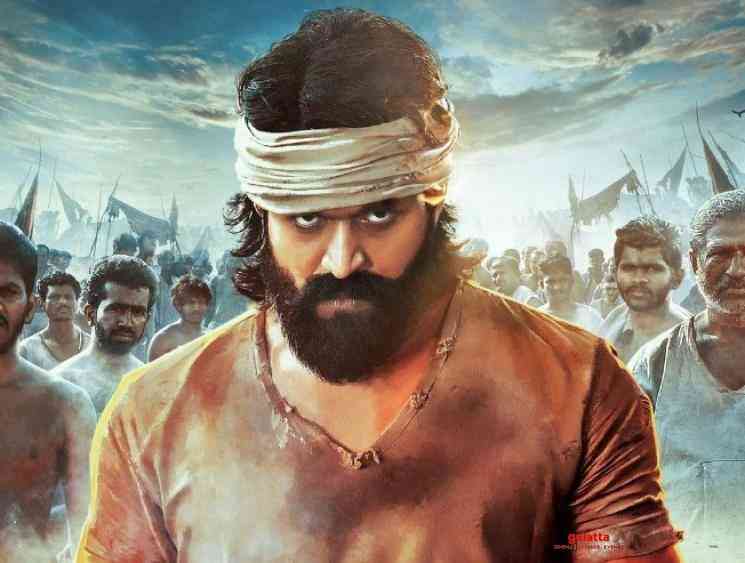 Kannada actor Yash became a nationwide sensation after starring in the 2018 blockbuster, K. G. F: Chapter 1, which went on be dubbed in Tamil, Telugu, Malayalam and Hindi languages. With the sequel, K. G. F: Chapter 2, coming out as a summer release later this year, Yash fans celebrated the star's 34th birthday today in a spectacular manner with a 5000 kg cake. The actor had accepted his fans' lovable gesture and himself cut the cake with the video of the occasion going viral across social networking forums. Check out the video below:

The cake is said to be approximately 5700 kgs and was made by Yash fans in Bangalore City, who also erected a 200 feet cutout on Mysore Road (Nayanda Halli). Furthermore, it is said that Yash's birthday cake is credited now to be the 'World's Biggest Celebrity Birthday Cake' and has left the superstar's fans mighty joyous.

Likewise, the makers of KGF too had released a special second look poster of the film in light of Yash's birthday, which as well has received a stellar response from fans. Being directed by Prashanth Neel under the Hombale Films banner with music by Ravi Basrur, K. G. F: Chapter 2 will see Yash reprising his role as Raja Krishnappa Bairya "Rocky" alongside heroine Srinidhi Shetty as the character Reena and Bollywood actor Sanjay Dutt as Adheera.