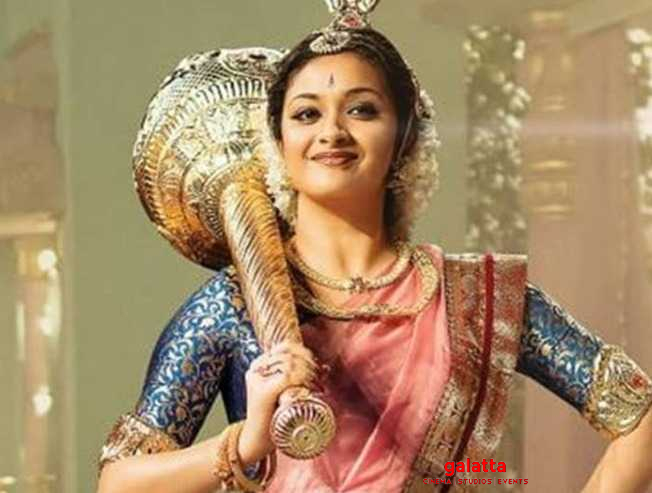 One of the most popular south Indian stars, Keerthy Suresh is now a household name across South India and has starred opposite a majority of the leading heroes in both Tamil and Telugu cinema. Having worked with top superstars, the actress’ true moment of glory came when her performance in the Savitri biopic, Mahanati, released last year went on to be hailed by critics and fans alike. Released under the title Nadigaiyar Thilagam in Tamil, she was declared as the winner of the National Film Award for Best Actress in 2018 for portraying actress Savitri in Mahanati. Now, Keerthy Suresh has released a detailed statement for her National Award win in which she goes on to extend her gratitude to every person who had worked on the film to make it a grand success. Check it out below: 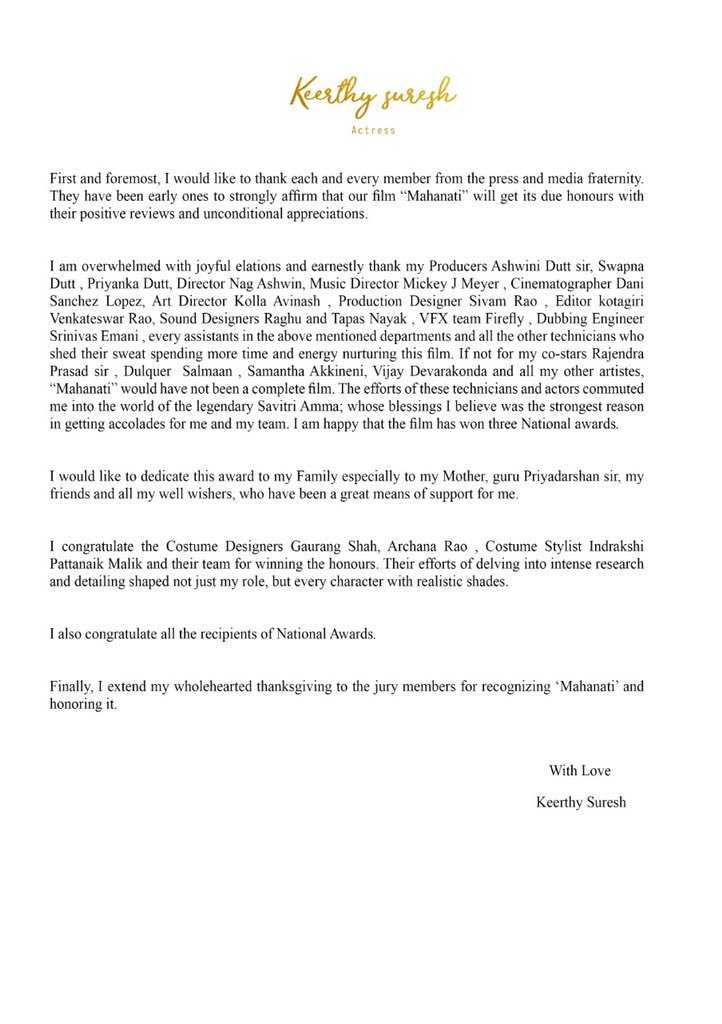 As for her upcoming projects, Keerthy Suresh is set to be seen in an important role in Mohanlal’s upcoming historical war film, Marakkar: Arabikadalinte Simham. She made a cameo in the Nagarjuna and Rakul Preet Singh starrer, Manmadhudu 2, released earlier this week and will be playing the lead in Keerthy 20, a Telugu-Tamil bilingual female-centric film, under Narendra Nath’s direction as well as in Keerthy 21, opposite Aadhi Pinisetty under two-time National Award winning director Nagesh Kukunoor. Furthermore, Keerthy Suresh will also be making her Bollywood debut in a period sports biopic opposite Ajay Devgn under director Amit Sharma of Badhaai Ho fame with Boney Kapoor’s Bayview Projects bankrolling the venture.