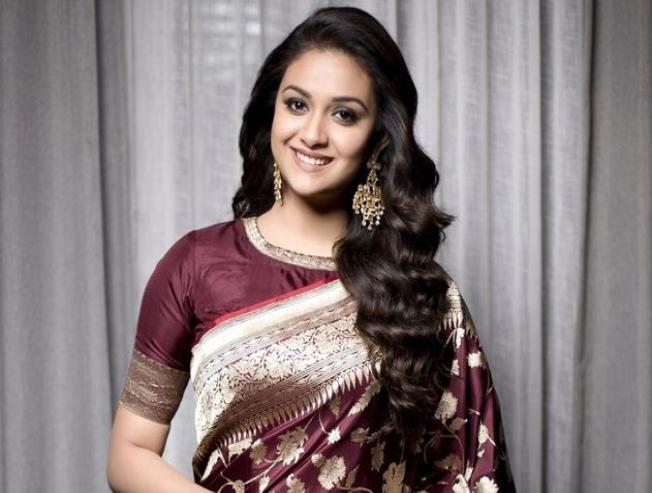 One of Kollywood's favorite girl Keerthy Suresh was last seen in Thalapathy Vijay's Sarkar which released by the end of 2018.  After Sarkar, Keerthy Suresh has been busy with the shoot of her historical war film in Malayalam titled Marakkar: Arabikadalinte Simham. 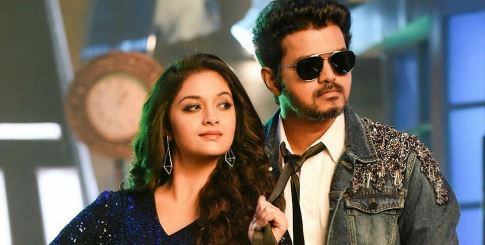 Keerthy Suresh's another inetesting movie is in the making under the direction of Narendranath and the venture is touted to be a women-centric film. Tentativly called Keerthy 20, the Tamil-Telugu bilingual is bankrolled by Mahesh S Koneru and East Cost Productions and has Dani Sanchez-Lopez of Nadigaiyar Thilagam fame as the cinematography. The team of Keerthy 20 has wrapped two important schedules that happened in some exotic locations in Keral and Hyderabad. 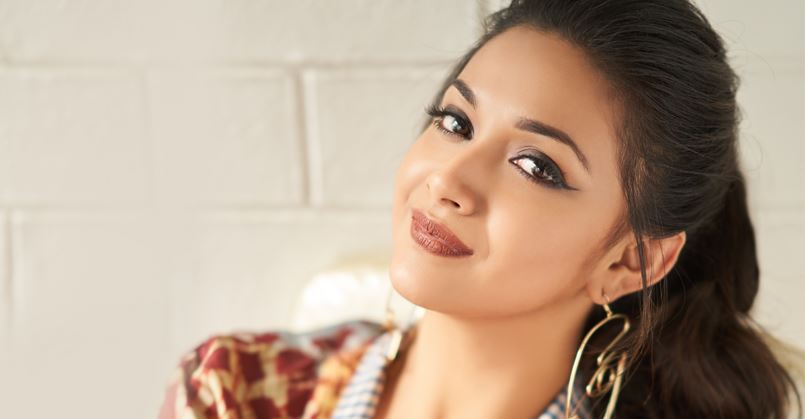 And now as a major update, the producer, Mahesh S Koneru has said that Keerthy Suresh along with the team will be travelling to Europe for a 45 day schedule and they will leaving to the location ina few weeks time. Mahesh in his tweet aslo said that they will be revealeing some big name additions to the film soon. 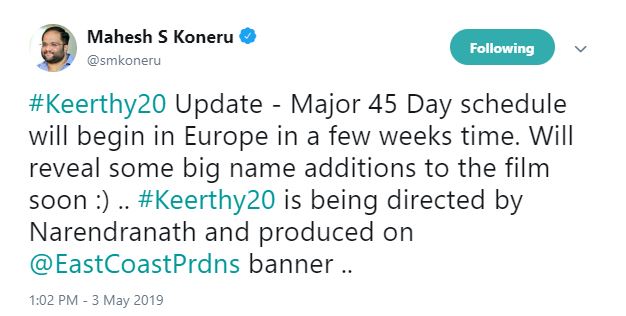 The film has huge expectations as Keerthy Suresh is doing a bilingual after the success of Nadigaiyar Thilagam/Mahanati and it will be interesting to see who are all have joined the the team of Keerthy 20!