Karthik Subbaraj to debut next in this language! 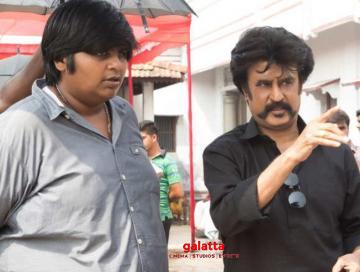 Director Karthik Subbaraj went on to become a sensation in Tamil cinema after his debut in 2012 with the mystery-horror film, Pizza. Since then, he has gone on to establish himself as a powerful talent to reckon with after making hit films namely Jigarthanda, Iraivi, Mercury and the blockbuster, Petta, with ‘Superstar’ Rajinikanth earlier this year. Post the smash success of Petta, Karthik Subbaraj has been busy with his upcoming film, tentatively titled D40, with Dhanush and Aishwarya Lekshmi in starring roles being produced by Y Not Studios. In the midst of all these developments, the hit director had also opened up his own production banner, Stone Bench Creations, and has now entered the Malayalam film industry with the film, Chola. Karthik Subbaraj is serving as a co-producer on Chola, which has Joju George and Nimisha Vijayan in the lead roles with a new poster also released. Check it out below:

Directed by Sanal Kumar Sashidharan, Chola, which is gearing up for a theatrical release on December 6, had won accolades at the Venice International Film Festival. Chola isn’t the only film Karthik Subbaraj is at present producing as his Stone Bench Creations is also bankrolling in Tamil the Keerthy Suresh starrer, Penguin, and a yet-to-be-titled venture with Aishwarya Rajesh. Karthik Subbaraj debuted as a producer with the anthology film, Aviyal, in 2016, following which he went on to taste grand success with Meyaadha Maan in 2017 and also went on to debut on the web series platform with Kallachirippu, which released last year.