Semma: This popular actress to make her comeback with this Vijay Sethupathi film 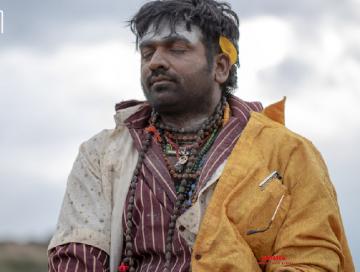 Actress Kaniha, the Five Star lady, was last seen in a cameo role in Mani Ratnam's romantic drama, Oh Kaadhal Kanmani. Post that she acted in a few Malayalam films, but didn't get to feature in Kollywood. The time has now come for Kaniha to make her comeback in Tamil cinema. Yes, the talented actress will be seen in a very important role in Vijay Sethupathi's untitled next, which is tentatively called VSP 33. This film is directed by debutant Venkata Krishna Roganth and produced by Chandraa Arts.

Megha Akash plays the love interest of Vijay Sethupathi, while director Magizh Thirumeni is touted to play the antagonist. Details on Kaniha's role is yet to be revealed. The shooting for this film is underway right now in Kodaikkanal. Kaniha posted pictures with Vijay Sethupathi from the shooting spot and shared her delight about working with her favourite actor.

The Kollywood audience will be seeing Kaniha on the big screen after a gap of 4 years through this Vijay Sethupathi starrer. This new age romantic drama has music by Nivas K Prasanna and cinematography by Mahesh Muthuswami.