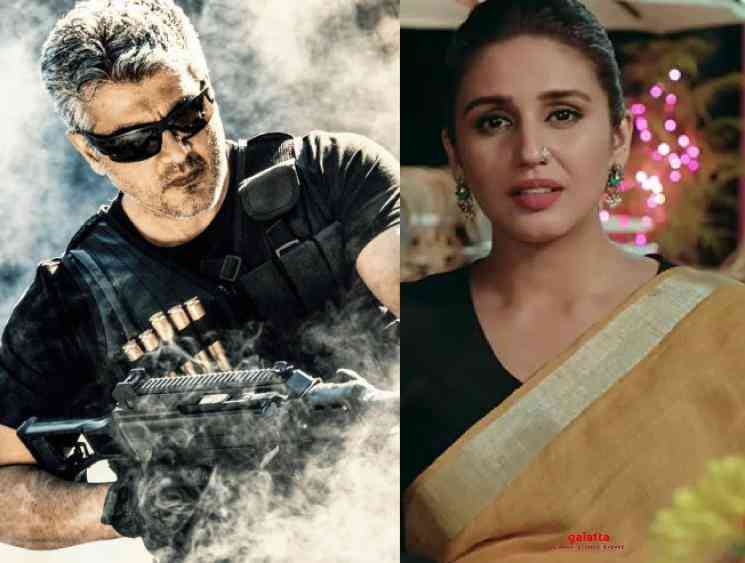 Thala Ajith’s Valimai is one of the most expected films of this year and it is scheduled to hit the screens for the festive occasion of Diwali. The second schedule of this action thriller is said to be happening in Chennai with the main cast and crew. Valimai is directed by H Vinoth and produced by Boney Kapoor’s Bayview Projects LLP. The makers haven’t revealed the name of the female lead yet, but we have got some exclusive updates that will make Thala fans happy.

According to the latest developments, we hear that Bollywood actress Huma Qureshi will play the female lead in this film that will feature Ajith as a cop. Huma Qureshi made her Kollywood debut in Superstar Rajinikanth’s Kaala, directed by Pa Ranjith. A source in the know tells us that she has been signed up for the film and also started to shoot for the same. Valimai will mark her second film in Tamil cinema.

Yami Gautam was initially said to play the female lead, but it looks like she has now been replaced by Huma Qureshi for reasons unknown. It is going to be very interesting to see a fresh pair in the form of Ajith and Huma and the fans will be excited to watch it on the big screen. The makers haven’t decided on the antagonist yet and we will update you about it in the coming days. Valimai has music composed by Yuvan Shankar Raja.

Interestingly, Huma had recently revealed on her social media platform that she is in Chennai shooting for a film and with all these updates, it looks like she has been shooting for Valimai!

Really wanted to be part of the #UmangPoliceShow tonight but had to be in Chennai for a shoot . I salute the @MumbaiPolice 🙏🏻🙏🏻