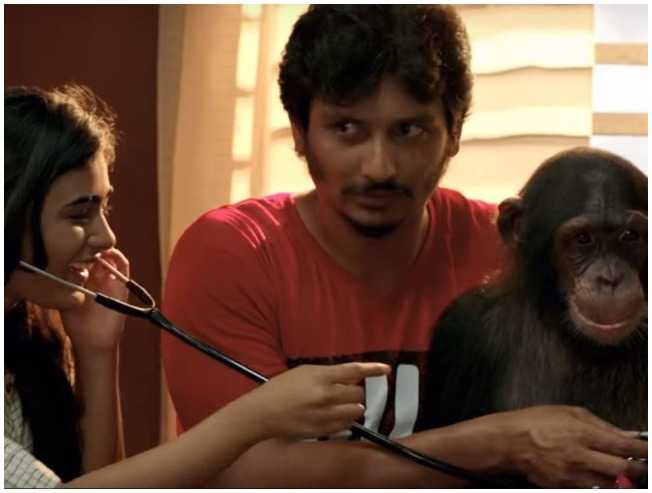 Announced to hit screens this week on July 12 is the Jiiva starrer, Gorilla, a heist comedy film, and is billed to be one of the most interesting films coming out this year. Shalini Pandey is the female lead with the film centered around a live Gorilla and Yogi Babu, Sathish, Radha Ravi, Vivek Prasanna, ‘Motta’ Rajendran among others starring in supporting roles. Directed by Don Sandy with music by Sam CS, the character video of veteran actor Radha Ravi has now been released.

There is significant interest for Gorilla especially after the film’s trailer and a sneak peek released recently teased fans in plenty, which gave an insight into the laugh riot that is in store. The story of Gorilla is set around a live gorilla and a band of thieves who include Jiiva, Sathish and Vivek Prasanna. The film has been produced by All In Pictures and is one of the most challenging films in Tamil cinema of late as it had the cast working with a live gorilla.

You can check out Radha Ravi’s character intro video in Gorilla below: