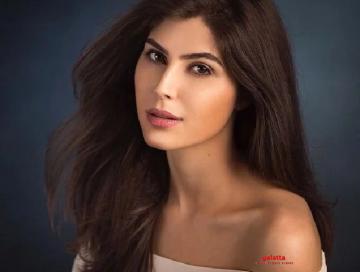 After delivering the hugely successful Comali, which was directed by Pradeep Ranganathan, Jayam Ravi is currently busy with two projects. It is already known that Taapsee Pannu will be seen playing the female lead in Jayam Ravi's upcoming action film, to be directed by Endrendrum Punnagai fame Ahmed. The shoot has reportedly started in Azerbaijan and KGF fame Ram has already joined the sets. Now, according to reports, Sacred Games fame Elnaaz Norouzi has joined the cast of the film, which has tentatively been titled Jana Gana Mana.

A leading daily reports that Elnaaz was flooded with many offers from the south and now she has decided to make her debut in Kollywood with Jayam Ravi’s film. The report also mentions that the actress was spotted with the team in Azerbaijan, where Ravi and Taapsee are shooting. Reportedly Elnaaz has been training for this film as it is an action based one. This surely is great news for all Sacred Games fans!

The film is touted to be an espionage thriller and will have a lot of high-octane action sequences to look forward to. Let’s see what role Elnaaz will get to play in this. Meanwhile, Jayam has an action entertainer in the making too!