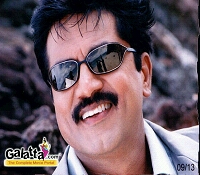 The music of Radaan-Zee Movies production Jaggubhai, starring Supreme Star R. Sarathkumar and Shriya Saran, directed by veteran director and friend K.S. Ravikumar was released yesterday at a high-profile function with none other than the Chief Minister of Tamil Nadu Mr. M. Karunanidhi and “Isai Puyal” Oscar-winner A.R. Rahman as the chief guests.

The audio release of Jaggubhai was at Anna Arivalayam in Chennai amidst industry celebrities, fans and well-wishers. The eloquence of Tamil andï¿½influence of Sarathkumar and Radikaa Sarathkumar in elite circles was evident throughout the evening.

Newcomer Rafee has composed music for Jaggubhaiï¿½released under the Think Music label. During the function, the trailer and two video songs were played for the audience amidst much applause.

Sarathkumar and Radikaa were at their public-speaking best with their fine words in good Tamil (a rarity these days!). A.R. Rahman was at his signature short-and-sweet best with his speech. But the person who simply floored the entire hall with his quick wit, superb memory even at this age and fantastic repartees was the Chief Minister himself, who not only exuded warmth and humour, but also remembered every key point the other guests had made and had an apt remark for each of them! Verbally, from pats on the back to a rap on the wrist, Mr. Karunanidhi’s words were precise arrows of wisdom.

Such was the grandeur and interest-level of the event that we at Galatta.com will be giving you snippets of the celebrities’ words as a series of news items. Watch this space!