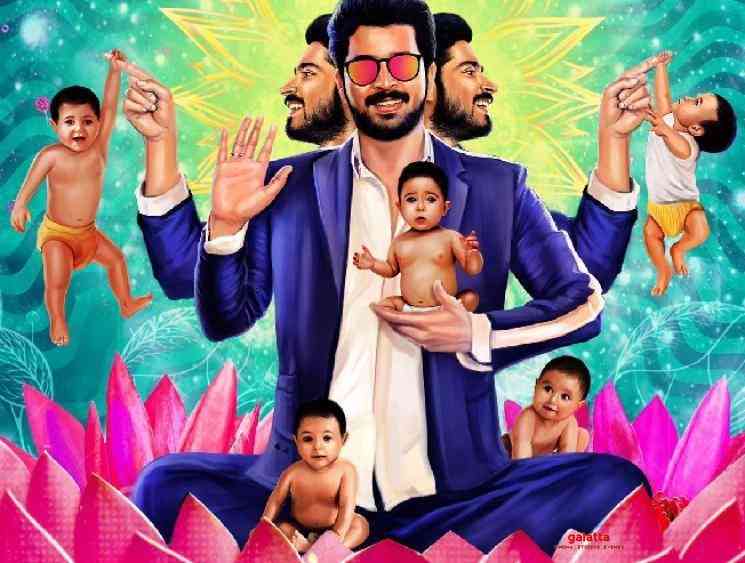 We were the first to tell our readers that Harish Kalyan is acting in the Tamil remake of Ayushmann Khurrana’s acclaimed hit film, Vicky Donor. We had also reported that the film is titled as Dharala Prabhu and shared constant updates about the film. The project has finally become official and the announcement was made a few hours ago by music director Anirudh Ravichander. The first look poster has been released and we see a thematically designed poster that looks interesting and funny. Dharala Prabhu is a romantic comedy that is set against the background of sperm donation and infertility.

The film is directed by Krishna Marimuthu of Yuddham Sharanam fame and features Thadam fame Tanya Hope as the female lead. Ace actor Vivekh will be seen as a Doctor, a very important role that travels throughout the film. The film is produced by Screen Scene Media Entertainment which recently distributed Thalapathy Vijay’s Bigil. Screen Scene had also produced the recent horror thriller, Iruttu, that starred Sundar C and Sai Dhanshika in lead roles.

Dharala Prabhu’s cinematography is handled by Selva Kumar, while the editing is taken care of by Kripakaran. The screenplay and the dialogues for this Tamil remake is penned by Subu and Sudarshan Narasimhan. The makers have tentatively planned to release the film in February 2020, but an official confirmation is awaited. Stay tuned.