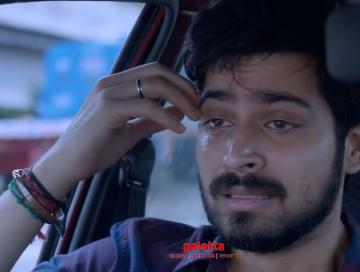 Actors Munishkanth Ramadoss and Yogi Babu form the supporting cast. The official trailer of Dhanusu Raasi Neyargale has now been released on social media and this one is sure to impress the youngsters. The trailer is filled with full of fun and romantic moments and establishes the basic premise of the film. Produced by Gokulam Gopalan, Dhanusu Raasi Neyargale has music by Ghibran and cinematography by PK Varma.

The trailer has been released on the official YouTube channel of Sony Music who owns the film's audio rights. The film is scheduled to hit the screens on December 6 along with Pa Ranjith's Irandam Ulagaporin Kadaisi Gundu, Kathir's Jada and Jai's Capmaari. For now, catch the theatrical trailer of Dhanusu Raasi Neyargale: