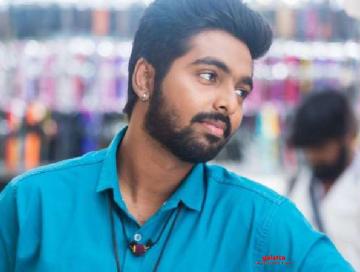 Having turned an actor from being a music director, GV Prakash is one busy actor these days. He has already had 4 releases this year and his latest release Sivappu Manjal Pachai, by director Sasi and with Siddharth as another lead, has become a super hit. GV Prakash also has quite a few other movies lined up for release and he is still signing up movies left, right and centre! He recently signed up for a new movie titled Bachelor and now, we hear that he is being wanted outside of Indian shores too!

Some reports state that GV Prakash has signed up for a movie with director Ricky Burchell. This is to be an English movie with actor Brandon T Jackson also being a part of this project. We hear that this new movie is to be bankrolled by Telganesan of Kyyba Films, who has already produced two other English movies - Devil's Night: Dawn of the Nain Rouge and Christmas Coupon. The latter movie also starred veteran actor Napolean in it. There are also reports that this new movie has been titled Trap City. This is indeed great news for GV Prakash and his fans.

Meanwhile, GV Prakash has 100% Kadhal, Kaadhalikka Yaarumillai, Jail, 4G, Jail, Adangathey, Kadhalai Thedi Nithya Nandha, Aayiram Jenmangal, Bachelor and a couple of other movies in various stages of production. A movie for which GV Prakash has scored the music and is coming out in the near future is Dhanush's Asuran and he also scoring for Suriya's Soorarai Pottru.