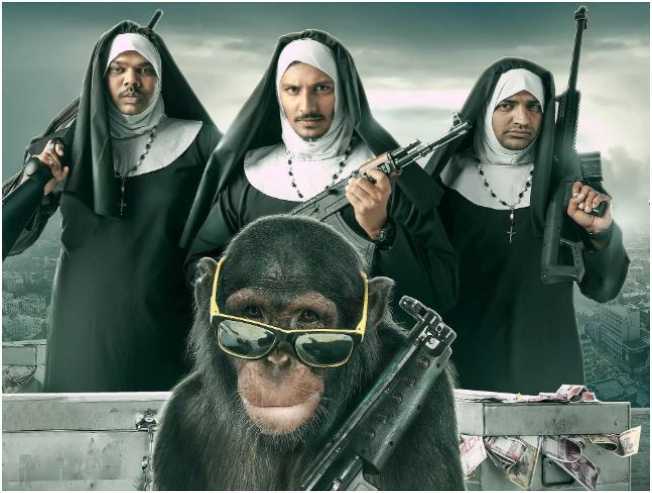 Jiiva's upcoming film comedy thriller film Gorilla is gearing up for a big release this Friday (June 12th) and the film has some interesting aspects tempting enough to watch the movie at the theatres. Written and directed by Don Sandy, the film has Arjun Reddy actress Shalini Pandey as the lady lead marking her long-awaited Tamil debut. The film also has Yogi Babu, Radha Ravi, Sathish, Rajendran and Ramdoss in pivotal roles. The film also features a real-life chimpanzee in a prominent role as well. Sam CS has composed the music for the movie.

Ahead of the big release, the makers of Gorilla are working with the promotions and have been releasing the character introduction videos from the movie. Earlier, the promos featuring Sathish, Radha Ravi and Shalini Pandey were released and the latest one to come out is the video featuring Vivek Prasanna. The introduction promo reveals Vivek Prasanna will be playing an important role under the name Venkat in the film. Check out the promo here,