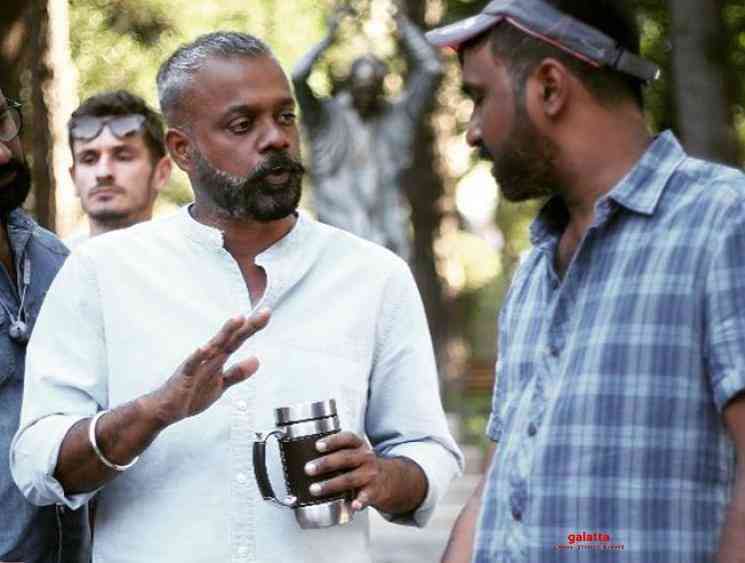 Director Gautham Vasudev Menon recently released the latest Ondraga Original song, 'Oru Chance Kudu' and it has opened to a very good reception from the fans on social media. Thanking the audience for the overwhelming response, Gautham Menon, music composer Karthik, lyricist Madhan Karky, dance choreographer Sathish came together for a live interaction session on Instagram. During the session, the stylish filmmaker revealed interesting details about the next Ondraga Original song. The next song is called 'Avaley' and it is going to be an interesting romantic track that will picturise the moments between a musician and a dancer.

Talking about the song, GVM said, "We have been giving the lead to the next song with the current song and actually, people have also adapted to it. A glimpse of the next song was placed in the beginning of Oru Chance Kudu. The next song is called ‘Avaley’. It is one of my favourite songs. People who have heard it so far have also liked it. The song starts off with a Carnatic element. It is a romantic song that captures the love between a rock musician (male) and a carnatic singer or a Bharatanatyam dancer (female).

It is a song that will actually reflect the current lockdown situation. It is like a song that happens when they both meet after a gap of 90 days. We are planning to shoot the song next week. Karthik said he needs two days of time for the production of the song. We will shoot once it is ready". Well, it looks like Gautham Menon is in no mood to stop working during this lockdown period. You can check out the live interaction video below:

A post shared by Gautham Vasudev Menon (@gauthamvasudevmenon) on Jun 9, 2020 at 6:16am PDT