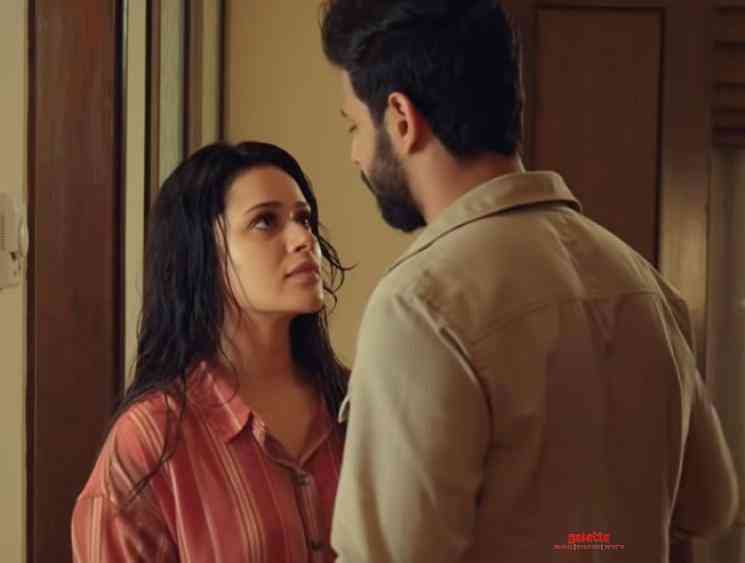 Director Gautham Vasudev Menon is working on various projects and one among those happens to be Joshua: Imai Pol Kaakha. This action spy thriller features Puppy fame Varun and debutant Raahei in the lead roles and is produced by Ishari K Ganesh under the banner of Vels Film International. The film’s shooting is almost complete and a few more portions are left to be shot. The said remaining portion is expected to be shot when life gets back to normalcy. The film has music scored by singer Karthik who has delivered some superhit songs with Gautham Menon through the Ondraga Originals series.

The first single from the film, ‘Hey Love’ was released a few months back and it got a very good reception. The fans and music lovers enjoyed the breeziness of the song and it turned out to be a musical feast for them. Following the success of the first single, the makers have now released the second single - ‘Naan Un Joshua’ and this one has got the potential to reach big among the music fans.

This song is a pleasant listen to the ears and the composition is beautiful. ‘Naan Un Joshua’ has almost the same tune of ‘Hey Love’, but is being told through the male lead’s perspective with a change in lyrics. So, people who loved, ‘Hey Love Joshua’ will like this song as well. Vignesh Shivan has penned the lyrics and his simple yet impressive lines adds essence to the tune.

As a surprise, the makers have released the video of this song and we see some candid romantic moments between the lead pair, Varun and Raahei. Gautham Menon is someone known for picturising songs in the best way possible and ‘Naan Un Joshua’ is no exception. The visuals look classy and it neatly captures the moments between the actors. The video has a mix of romance and action. The video song of ‘Naan Un Joshua’ has been released on the official YouTube channel of Ondraga Entertainment.

Joshua: Imai Pol Kaakha has cinematography by S.R.Kathir, editing by Anthony, art direction by Kumar Gangappan and stunt direction by Yannick Ben. The trailer showed some good promise and let us hope that the film turns out to be a notable outing for GVM and team. If things go well, Joshua can be the breakthrough film for Varun who is looking forward to make it big in Tamil cinema. Check out the ‘Naan Un Joshua’ video song from Gautham Vasudev Menon’s Joshua: Imai Pol Kaakha here: