WATCH: Ganesh's Geetha trailer is an intense hit as well as a miss 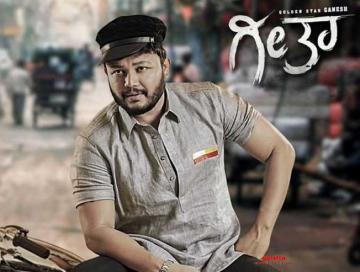 Needless to say, Sandalwood’s most anticipated movie currently is none other than Golden Star Ganesh’s next, Geetha. The makers have been building up the anticipation surrounding this film by releasing songs and it has obviously gotten fans more excited for the release. Now, the theatrical trailer of the film has also been unveiled by the makers and it sure is what everyone expected! The trailer starts with some non-heavy scenes, almost romantic one can say. We see some beautiful Calcutta sceneries and then we quickly shift to the more intense part of the trailer.

As already known, and as we see in the trailer, the film is set in the 1980s and it portrays the Gokak agitation, with Ganesh leading the fight for the first-language status. Although there are some insipiring and good scenes in the trailer, the video as a whole is sort of a disappointment. The dialogues are same old and the fight scenes are something nothing short of ordinary. Whether this film will be a hit for the actor or not that is to be seen.

The film, directed by Vijay Naagendra, stars Parvathy Arun, Prayaga Martin, and Shanvi Srivastava as the female leads. The film is set to see a release on September 27.