A pathbreaking filmmaker in Tamil cinema in recent times, director Pa. Ranjith and his films have been a subject of major debate among fans for their underlying subtexts of shedding light on the various tribulations the lower strata of the society has been facing while also elevating the Dalit community from their opressed stature. That said, Pa. Ranjith’s father, M. Pandurangan, had passed away today (July 12) in the wee hours of the morning at 2AM and his death is said to be due to natural causes. His funeral will be taking place today at their native, Karalapakkam, later today in the evening at 5PM. He was aged 63. 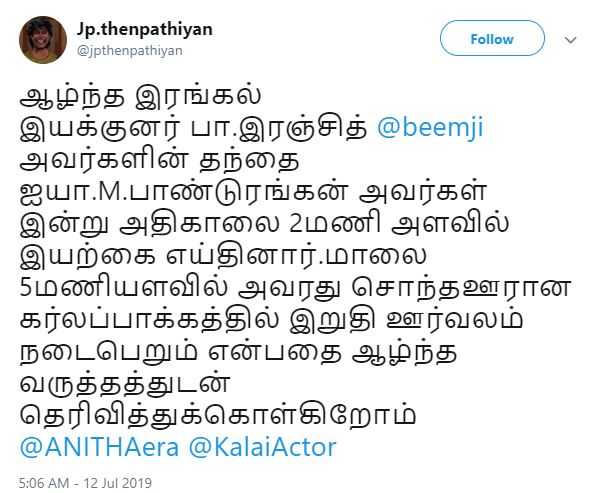 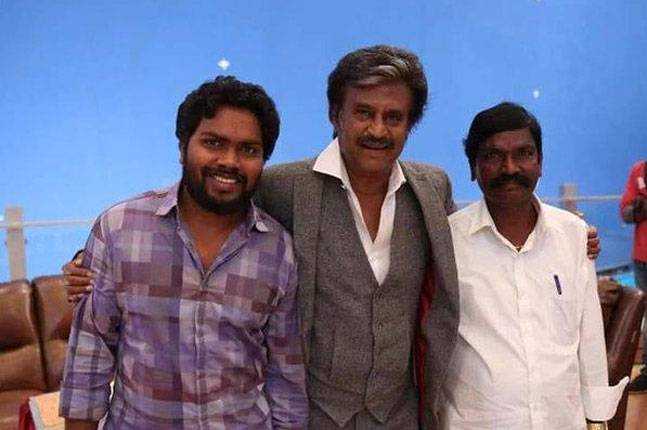 Pa. Ranjith’s father’s death must indeed be a major shock for the prolific filmmaker, especially when the director has been hard at work with the pre-production works of his upcoming Bollywood debut film, a biopic on Indian tribal freedom fighter, Birsa Munda. The acclaimed director, who has delivered hit films starting with his Tamil cinema debut, Attakathi, followed it with the smash success, Madras, starring Karthi and then two back-to-back massive ventures with ‘Superstar’ Rajinikanth, Kabali and Kaala. He has also established himself as a producer with his critically acclaimed and commercially successful debut production venture, Pariyerum Perumal, and is currently producing Irandaam Ulagaporin Kadaisi Gundu starring 'Attakathi' Dinesh, an untitled film with Madras fame Harikrishnan and another project with Kalaiyarasan and Aravind Akash in the lead roles under his Neelam Productions banner. Team Galatta expresses its deepest heartfelt condolences to director Pa. Ranjith, his family and friends at this hour of grief. May his father rest in peace.