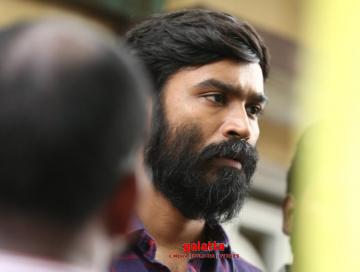 National Award-winning actor Dhanush had initially planned to team up with director Karthik Subbaraj for a film in 2016. The two, however, had begun work on their project, tentatively titled, D40, only this year under S. Sashikanth’s Y Not Studios banner. Billed to be an international gangster action thriller, the film’s production has now been completely wrapped up in the United Kingdom after 64 days of non-stop shooting. Check out producer S. Sasikanth’s tweet below:

D40 will see Dhanush once again in a gangster genre film after starring in hits like Pudhupettai and Vada Chennai. Karthik Subbaraj too will be looking to emulate yet another success after the blockbuster success of his Petta with ‘Superstar’ Rajinikanth earlier this year. D40 has Malayalam actress Aishwarya Lekshmi of Mayaanadhi fame as the female lead followed by popular Malayalam actor Joju George, Kalaiyarasan, Super Deluxe fame Ashwanth Ashok Kumar among others in starring roles with music being composed by Santhosh Narayanan, cinematography by Shreyaas Krishna, editing by Vivek Harshan, art direction by Vinoth Rajkumar, stunts by Anbariv, choreography by M Sherif and Baba Baskar, costume design by Praveen Raja D, make-up by Sabari Girison and sound design by Vishnu Govind and Sree Sankar.