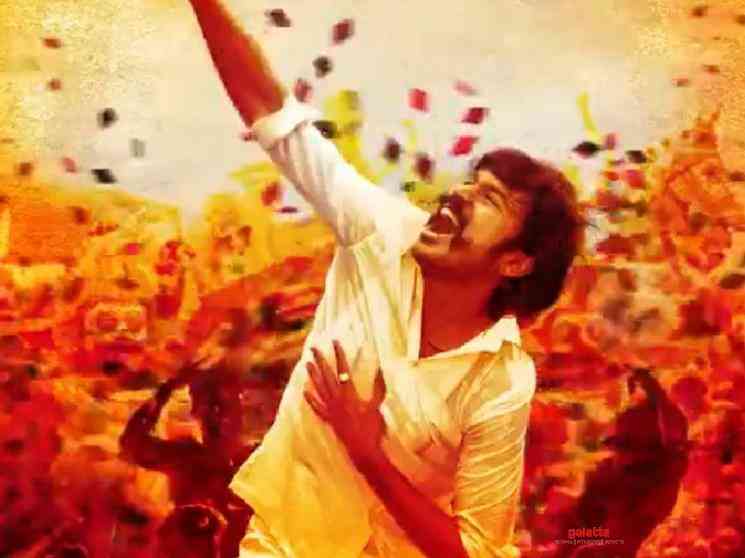 Dhanush is celebrating his birthday tomorrow (July 28) and the fans are excitedly waiting for the d-day. Marking his birthday, the first single from Jagame Thandhiram will be released tomorrow and it is surely going to be a treat for the fans and music lovers. Titled ‘Rakita Rakita Rakita’, this song is sung by Dhanush - Dhee - Santhosh Narayanan with lyrics penned by Vivek. We already heard a glimpse of this song in the motion poster and it went viral among the fans and it is now time for us to listen to the full song.

Earlier today, Dhanush posted a tweet saying that he is totally in love with the full album of Jagame Thandhiram and thanked Santhosh Narayanan for the same. It has now been officially announced that ‘Rakita Rakita Rakita’ song will be released tomorrow morning at 9 AM on YouTube and other audio streaming platforms. Karthik Subbaraj shared the news on his Twitter page and posted a short 10 seconds video that gives us a glimpse into the song.

One can be sure that this song will excite the fans and set high expectations for the film. Produced by Sashikanth under the banner of Y Not Studios, Jagame Thandhiram will be Dhanush’s immediate next release. If not for the pandemic, the film would have been released and the worldwide audience would’ve seen it. However, we are now made to wait for the pandemic to end so that the theatres would reopen.

The film has been made on a high budget on a grand scale and has been majorly shot in London with a few portions in Madurai and Chennai. It features Game Of Thrones fame James Cosmo as the antagonist and popular Malayalam actress Aishwarya Lekshmi as the female lead. Joju George, Kalaiyarasan, Sharath Ravi, Deepak Paramesh, Soundara Raja, Sanchana Natarajan form the supporting cast.

This film has cinematography by Shreyaas Krishna and editing by Vivek Harshan. For now, check out the short promo of ‘Rakita Rakita Rakita’ song from Dhanush’s Jagame Thandhiram here. The song releases tomorrow morning at 9 AM.